A Raft, A Man And A Lot Of Rubbish: How An Artist's Work Could Make Rio de Janeiro Cleaner 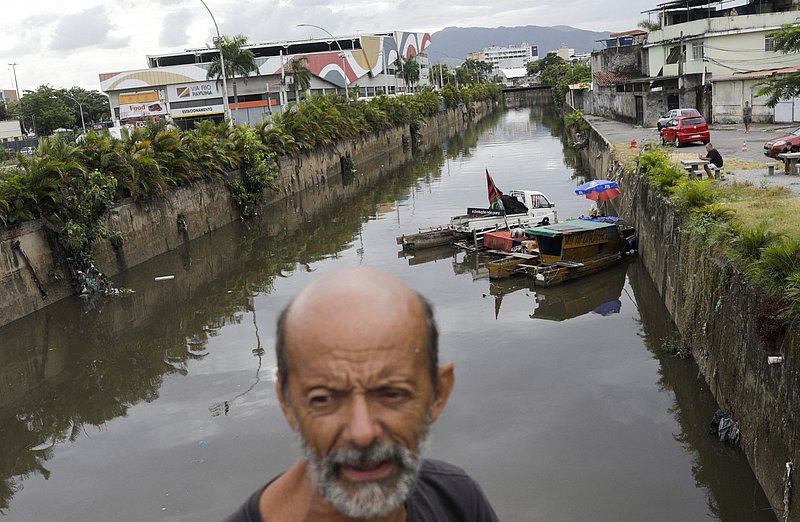 ©Copyright by REUTERS/Ricardo Moraes
Luiz Bispo, who is living at Pavuna River which flows to Guanabara Bay, stands near his floating house what he says is an artistic installation developed by him to bring joy to the region and awareness to pollution of its waters, in Rio de Janeiro.

Lui Fernando Borreto has built a raft solely out of plastic waste. With it, he wants to draw attention to the waste problem of Brazil's largest city - and mobilise environmental activists worldwide to look to Brazil as well. The next portrait in the series "Heroes of Change - Action from the Heart".

By now, almost everyone in Rio de Janeiro knows him: Luiz Fernando Barreto. The man with the raft. The man who even turns Rio de Janeiro's littered canals into an attraction again. In Brazil's largest city, the locals only call him "Luis Bispo" - "Luis the Bishop". In combination with his van, he brings an important message to the city streets: "Stop polluting the environment with plastic!"

In a way, Barreto is an engineer and environmentalist rolled into one, because a few years ago he built a raft that has not only become his new home, but is meant to clean up the canals. Because Rio de Janeiro is not only Brazil's largest city - but also one of the dirtiest. The raft cannot directly clean up the canals itself, it has no collection arms or other technology to clean up. Nevertheless, it is more than an ordinary vehicle: the entire raft consists of rubbish that Luiz Borreto found in the waters of Rio de Janeiro.

Borreto is more concerned with symbolic impact. With his floating house, Barreto primarily wants to draw politicians' attention to the environmental problems in the popular tourist destination. Raw sewage and rubbish have flooded the waters of the small river Barreto calls home in the picturesque city of Rio de Janeiro. According to the Brazilian Association of Public Cleaning and Hazardous Waste Companies (Abrelpe), more than two million tonnes of municipal solid waste end up in rivers and seas in Brazil every year. Borreto scoops the dirty water into a plastic container, which he uses to filter plastic and rubbish out of the water as it flows back into the river.

The 55-year-old, who describes himself as an artist and philosopher, even has his own small round swimming pool and van on board. "I have an incredible personal satisfaction knowing that I built it from recycled material," he says inside his vessel, whose windows are made from old cupboards. "If there is one product on this planet that is truly valuable, it is not diamonds or gold," he says, sitting down on an old sports car seat he has attached to the raft. "Water has always been valuable and always will be. Without water there is no life."

Barreto grew up in one of Rio's many impoverished neighbourhoods, known as favelas. To the REUTERS news agency, he expresses his greatest wish that global environmental activists like Greta Thunberg would look at the problems in Rio, especially the polluted Guanabara Bay that surrounds the city. His words to environmental activists: "Come to Rio de Janeiro, help us, walk along Guanabara Bay. It's humble here on my little boat, but it's made entirely of recycled material."