BUCT: The Young Upstart Among the MIX-UP Partners 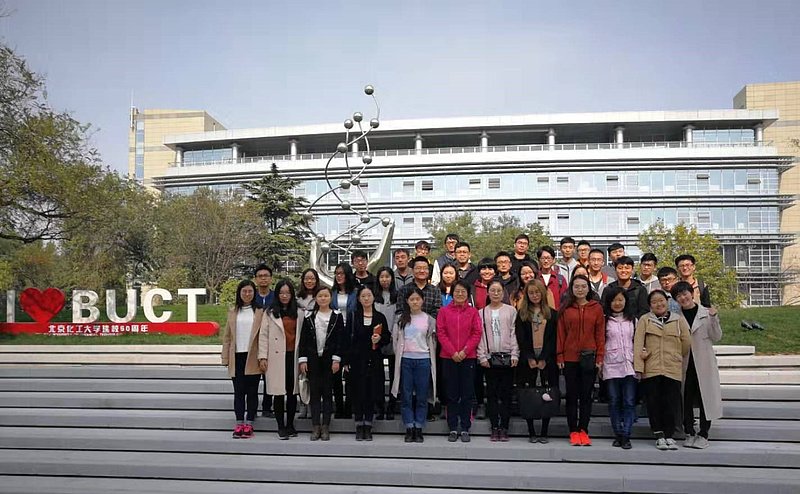 ©Copyright by Beijing University of Chemical Technology
The BUCT team has gained international renown in recent years. MIX-UP also benefits from this.

For a while, BUCT was one of many universities. But in the meantime, it is increasingly attracting international attention. How does the success of the young scientists affect MIX-UP?

Ten years ago, few would have known about the Beijing University of Chemical Technology (BUCT) on the international stage. At that time, it was one of several universities in China. But that has changed in recent years. Wherever the name of BUCT is mentioned today, many scientists quickly know that solid research and, above all, a good education in the natural sciences can be expected there. This is remarkable insofar as the BUCT cannot look back on a century-long tradition like universities that travel in comparable circles. It is research alone that has elevated BUCT to an international level.
MIX-UP, a research project initiated by the European Union, is probably the best example of BUCT's rise. The five scientists under the leadership of Professor Tan Tianwei are primarily responsible for the field of "mixed microbial plastic degradation", where they work closely with RWTH. But the identification of PE or PS-degrading microbes and enzymes is also a core area of the BUCT team.
Professor Tan Tianwei and his colleagues have the best prerequisites for this. He himself has been mainly involved in the biochemical industry for a long time, has done a lot of research on enzyme-catalysed synthetic chemicals and is looking into the question of how enzymes can be used as industrial catalysis.
Yet even this branch at BUCT is comparatively young: the Beijing Key Laboratory of Bioprocess, which is mainly involved in MIX-UP, was only founded in 2001. Since then, it has focused on the production of bio-based chemicals, bioenergy and biomaterials. The laboratory focuses on the fundamental scientific issues in the application of industrial bioprocesses, the development and industrial scale-up of the new technologies. Research into a range of biorefinery technologies and their further industrialisation are emerging topics.
It is all the more gratifying to be able to rely on such a young and at the same time broadly positioned partner.