"Companies Are An Excellent Complement to Science" 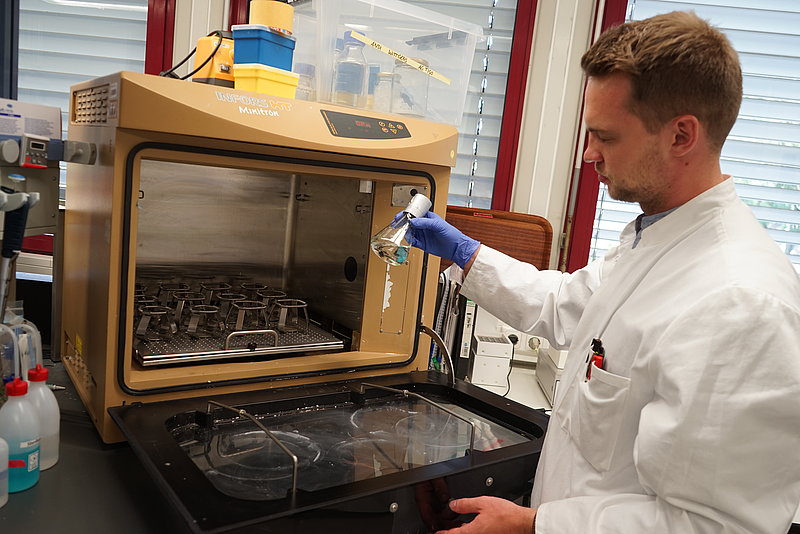 ©Copyright by everwave
Please shake well: Incubators cultivate and prepare enzymes, for example, before they can be used on a large scale in industry. AB Enzymes sells enzymes to all kinds of industries.

AB Enzymes is one of four companies in the MIX-UP project. That is unusual, because companies rarely have a direct benefit. We asked Dr. Thomas Haarmann, project manager at AB Enzymes, why the enzyme manufacturer is nevertheless involved.

At first glance, plastic and bread have little in common. You can eat one, but not the other. One is considered harmful to the environment, the other is organic. But if you ask Thomas Haarmann, project manager and senior scientist at AB Enzymes, plastic and baked goods have actually had one thing in common for some time: both are treated with enzymes. Admittedly - the purpose is quite different. But the company from Darmstadt is an expert in everything that has to do with enzymes.

AB Enzymes is one of the largest manufacturers of industrially used enzymes. They are used, for example, in animal feed, in all kinds of food, detergents and, above all, baked goods. At AB Enzymes, the latter is considered distinct from the many other foodstuffs because it is such a huge branch that could hardly exist on a large scale without the corresponding enzymes. "In the industrial production of baked goods, enzymes are used in dough processing," says Haarmann. "They make the crust crustier, the dough fluffier, and the outside golden brown."

What does this have to do with abstract research projects like MIX-UP? Well, the collaboration on MIX-UP can probably be described as a classic win-win situation. AB Enzymes supplies the enzymes and proteins that the scientists need for their research on plastics recycling. In return, the company is allowed to use the later results industrially on a large scale - provided that something industrially useful comes of it. That is AB Enzymes' risk. Which is why this cooperative relationship is also risky for AB Enzymes: "From an entrepreneurial perspective, poking around in the unknown is rarely a basis for good business," says Haarmann. He therefore says that this is also not the sole motivation, but that contact with the academic world also plays a role. "I realise that the MIX-UP project as such basically has no economic intentions, but wants to find a solution to the plastic problem without ulterior motives," he says. "For us it is an honour to support the scientists in this noble goal." 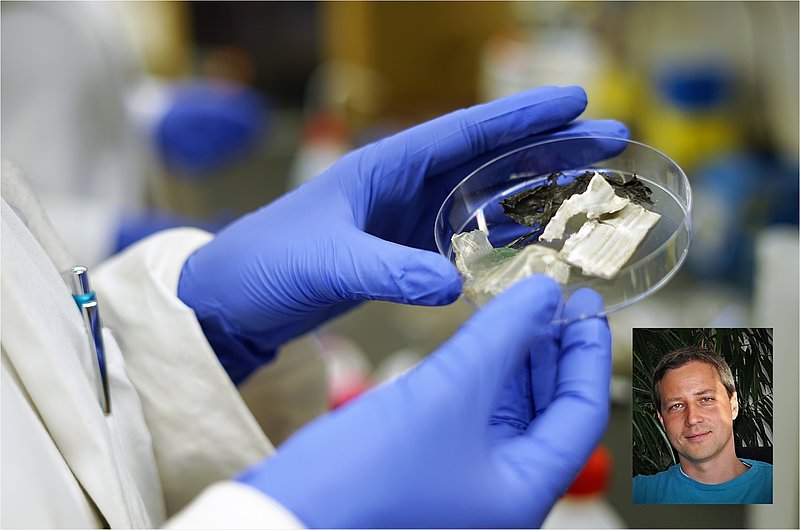 After all, support from the private sector is often scarce for scientists working on little-researched areas. "Especially in the field of biotechnology, I get that research institutions have problems testing their research on a large scale with enzymes. Because large quantities are almost only available to industrial companies like us."

And the "supporters" of AB Enzymes also feel comfortable in the role of the exotic. "In other projects we often compete with our competitors, so the atmosphere can be less open," says Haarmann. It's different with MIX-UP: "In a possible pilot project downstream, we are the only ones producing for the time being. That makes our cooperation very harmonious."

How big will the enzyme market in the field of plastic degradation be one day? Haarmann can only guess. This segment is still too young to make reliable forecasts. But it is promising in any case. "Novozymes and Carbios already have their first plants that are heading in this direction. This shows that it is growing steadily." In the vision of some scientists and entrepreneurs, there could even be enzymes in the future that are added to the plastic products from the outset, so that the plastic decomposes itself after a while. "But that's still pie in the sky," says Haarmann. Music of the future that will probably be heard even more often on the record players of science in the coming years and decades.