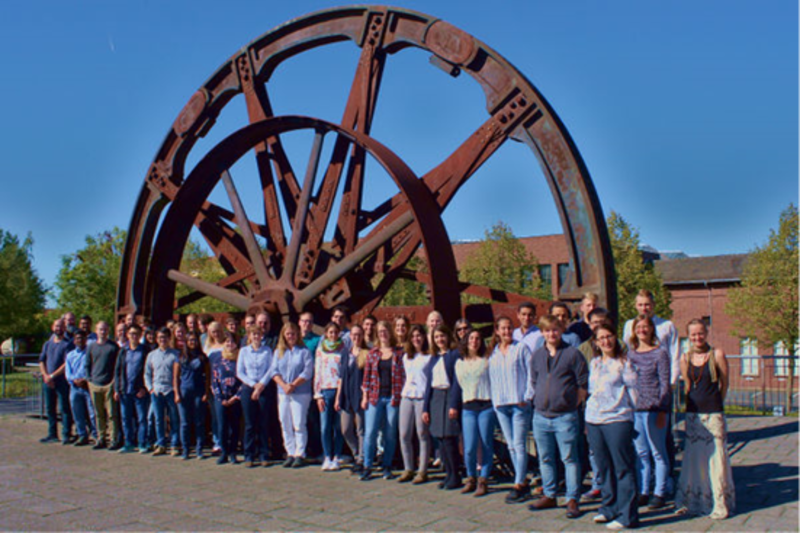 The consortium member from western Germany uses the method of "directed evolution" in its research. It is world-renowned for this - and thus particularly important for MIX-UP.

Admittedly, we have often mentioned in the past that we have top-class partners from all over the world in our consortium, for example from Spain and China. But this time we're going one further: the Institute for Biotechnology at RWTH Aachen University in Germany is one of the most sought-after in the world in its field. This is because the team around Professor Schwaneberg uses the methods of so-called "directed Evolution" for the field of "Protein Engineering" - which means the targeted influencing of proteins - which was awarded with the Nobel Prize to three American researchers in 2018. With "DirectedEvolution", biochemists make use of mechanisms of the natural evolution of species of living beings to breed chemical compounds with new properties. By sending populations of macromolecules through cycles of selection, reproduction and mutation, they are able to create substances with (almost) any function.

For our MIX-UP project, this is of course particularly interesting with regard to the adaptation of bacteria and enzymes. So, in general, the scientists at the Aachen Institute of Biotechnology want to find new design principles for proteins that can be applied in all kinds of areas. Especially in the very pressing topic of the bioeconomy, the potential is great. We are glad to be able to rely on the experience of such top-class scientists. And who knows: perhaps MIX-UP itself will soon contribute to the high reputation of so many partners.