Effective Altruism and Environmentalism: How These Young Movements Could Change Our Mind Towards Climate Change 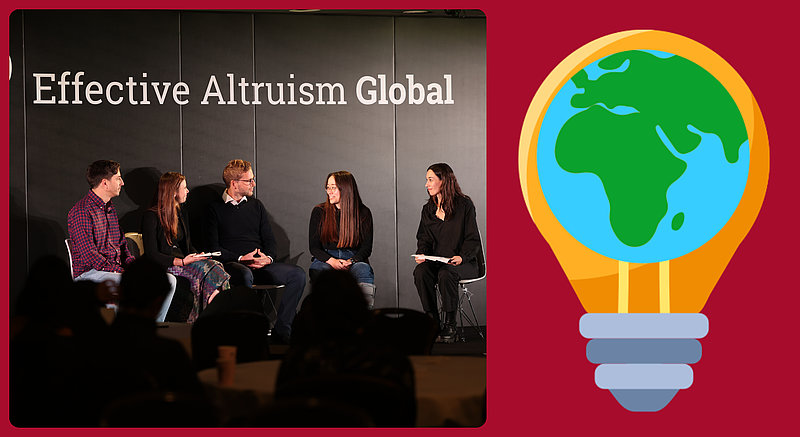 ©Copyright by EAGAccount on Wikimedia Commons
There are many ways to tackle climate change. Which is the most effective? The Effective Altruism movement tries to provide answers.

There is a consensus that something must be done about climate change. However, opinions on the best measures differ widely. Effective altruism is currently shaking up science and the public. Its goal: to use our resources as effectively as possible.

Imagine the following situation: You pass a pond on your way to work and see a child drowning in it. Would you save it, even if you ruined your new suit and missed the first meeting? The answer is easy for most people: of course they would. But what, the philosopher asks, distinguishes this child from all the other children who are in mortal danger somewhere in the world right now? Just as one was willing to ruin one's suit at the pond, doesn't one also have to give away from one's income, to the point of financial pain?

The problem, say the proponents of Effective Altruism, is that people do not act rationally. Most people help with their hearts, not with their heads. To save 200,000 birds, people would donate just as much or as little money as to save 2,000 birds, one study shows. If you believe the effective altruists, alleviating suffering is no more complicated than a simple arithmetic equation: with the money an academic earns in his or her career, 80,000 people could be cured of blindness. One person per hour - because on average we spend 80000 hours in our jobs in a lifetime. This is where the name of the EA sub-organisation comes from, which advises young people on their career choice in order to do as much good as possible with it. Another fact: 3,340 dollars can save a human life if the money is donated to the Against Malaria Foundation, estimates the organisation Give Well. The goal of effective altruists is therefore always to have the greatest possible positive impact. To achieve that, you have to constantly re-evaluate your choices. How much money do I donate? To whom do I donate? With which profession can I make the most difference?

But what does all this have to do with climate change and environmental protection? This is where the sub-area of Effective Environmentalism comes into play. The Effective Environmentalism community motivates people to get involved in climate protection in the most effective way possible. Whether it's by finding a climate-related career, getting involved in climate policy, donating to effective charities or getting involved in building a movement. "We are committed to making good decisions through a fair, honest and thorough analysis of all possible options and interventions," the representatives argue.

One thing all EA representatives have in common is that they argue that what needs to be addressed most are those major problems facing humanity that are solvable and underrepresented. And because some argue that climate change is already getting a lot of attention, not all agree that too many resources should be devoted to tackling it. Proponents counter that it is primarily the existential risks that Effective Altruism must address in order to effectively do good. And climate change is one of them.

However, there are actually many different sub-groups in EA, which also have different focuses. The Effective Environmentalism community says: "We don't have a set of beliefs or an ethical framework that you have to subscribe to, but we are committed to constructive, productive dialogue." By their own admission, this also means engaging with new viewpoints from outside: "we argue in good faith and seek to understand the perspectives and viewpoints of others - and are willing to change our minds."

Either way, EA supporters or not, one thing is certain: if you want to be as effective as possible against climate change, whether as an individual or an organisation, it is worth spending a little time thinking about how exactly you can be most effective in your own personal situation.