Virtual Water: Why Our Water Footprint Is much Higher than Often Thought 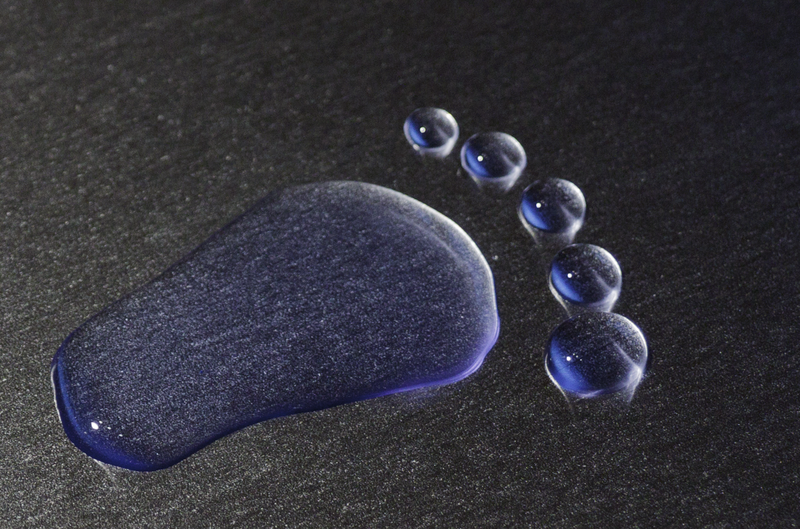 ©Copyright by Stoppe, CC0, via Wikimedia Commons
Footbath pressure is not only measured for CO2 or plastic consumption. It also plays a role in water. Do you know how big your water footprint is?

Water consumption is highest in Europe and other Western countries. That's why people who are environmentally conscious often save on showers and washing. But they are just the tip of the iceberg. Read here what really matters when it comes to saving water.

123 liters. That's the average amount of liters a person in Germany uses per day - for showering, washing and rinsing. In other western industrialized countries, consumption is similarly high due to similar lifestyles. There is no doubt about it: the amount is far too high if it were to be the standard for all people worldwide. But the situation looks even more dramatic when you look at the true water footprint. This comes to an unbelievable 3900 liters per day and per person per month in Germany. Here, too, the amount of liters is comparable to that in other Western countries. But how does this huge difference come about? The answer is provided by what is known as virtual water.
Virtual water is the amount of water used to manufacture a product or provide a service. This includes water consumption in the entire production chain, i.e. for cultivation or extraction of raw materials, further processing and disposal of waste. A classic example is the production of a pair of jeans. On average, this requires about 8000 liters of water. It is primarily the cotton that consumes most of the water, but also the transport to Europe.
Now, it would be wrong to include the water consumption of a pair of jeans in the water footprint of a person every day. But in fact our consumption of clothes, food, electronics and many other things is so high that we use almost 4000 liters every day. There are 132 liters of virtual water in one cup of coffee alone.

Our water consumption is to the detriment of the poorest people

So far, so bad. But some may now ask: What's the problem if the amount of water in my country is obviously available? It is not consumption in Europe that is the problem.
In fact, this question reveals many people's truncated view of the complex interplay between water, resources and consumer goods. Water consumption not only has an ecological dimension, but also a social one. Jeans are not made in the industrial area of Cologne, and cell phones are not assembled in the nearest Media Markt store. Nor are coffee beans grown in Munich's English Garden. They come from far away - depending on the product, mostly from South American, Asian and African countries such as Brazil, India and South Africa, where water is already scarce. So our high water consumption is actually not directly to our detriment - but all the more to the detriment of those people who, due to the geographical location of their country and the increasingly noticeable consequences of climate change. In short, our jeans not only exploit people in the Global South ecologically and economically, but also steal their water.

And it gets even more complex: Why we also need to distinguish virtual water

It gets even more complex when we look at the water footprint of a seemingly simple chocolate bar. It takes about 1720 liters of water to make 100 grams of chocolate. After all, it is almost exclusively rainwater that plays a role here and it is therefore less meaningful for the environmental footprint of a product. Rainwater is therefore also referred to as "green water".
In general, a distinction is made between blue, green and gray water. Blue water is surface and groundwater as found in rivers and lakes. Green water is rainwater that does not seep down to groundwater, but remains in the soil and is absorbed by plants. Gray water is fresh water that is treated and used for our sanitation systems.

So what can be done to actually reduce your own water consumption significantly? First of all, it's important to know: Of course, it's right to keep water consumption low, even when showering and washing. But that is by no means everything. It's the same with water as it is with CO2 and plastic footbaths: The less we consume in general - and that includes services - the lower our consumption. Those who truly live ecologically primarily maintain a simple lifestyle and limit themselves to those essential things that make them sustainably satisfied. And these rarely include material goods.