How Cattle Could Help Break Down Plastic 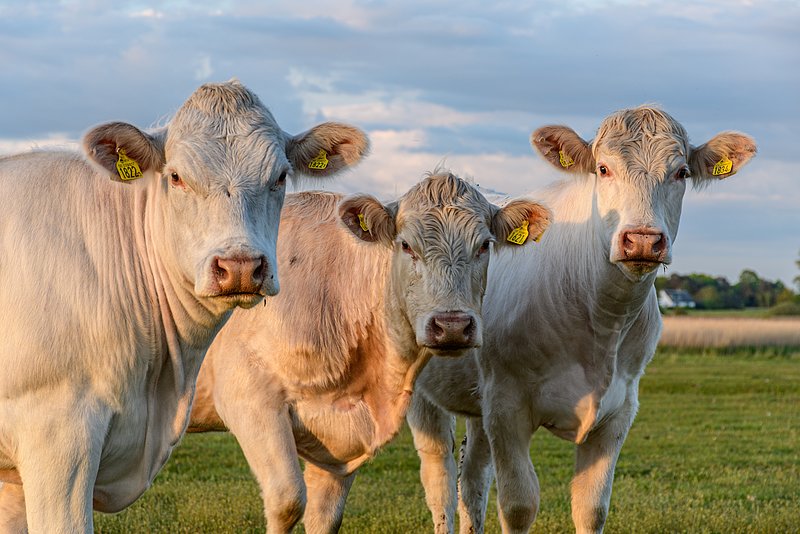 ©Photo by Peo Hedin on Unsplash
Known for their pollution, can cattle help break down plastic?

Cows are considered major polluters. But a study now shows that enzymes from their stomachs can help break down plastic. How it came about and what exactly the scientists found out.

Most environmentally conscious people only know them as polluters and mostly lovely, affectionate animals grazing peacefully in the meadow: Cattle are truly cute animals - which unfortunately emit an incredible amount of methane and therefore contribute to climate change. All the more astonishing, therefore, is a recent observation that shows: in a certain way, cattle can also contribute to environmental protection. A team of researchers led by Doris Ribitsch from the Austrian Centre of Industrial Biotechnology and the Institute of Environmental Biology at the University of Natural Resources and Applied Life Sciences Vienna (BOKU) has discovered that enzymes from cattle stomachs can help break down plastic.

How did they come across this? Well, since cattle feed contains natural plant polyesters that are broken down and digested in the animals' rumen by the so-called rumen fluid, the researchers took a closer look at the microbial composition of the rumen fluid. The team of scientists examined different types of plastics, including PET, which is often used in textiles and packaging, biodegradable plastics, which are often used in compostable plastic bags, and bio-based plastic made from renewable raw materials. They obtained the microorganisms to be tested from rumen fluid at an Austrian slaughterhouse. The researchers then brought this fluid into contact with the three types of plastic tested to determine how effectively the plastic could be degraded. The results, recently published in the journal Frontiers in Bioengineering and Biotechnology, show that all three plastics can be degraded by the microorganisms from cow stomachs.

Curious, but far from industrially applicable

Research with enzymes for plastic degradation is increasing. We at MIX-UP also have considerable results to show in this field, which we will discuss in upcoming blog posts. What is special about this study - besides the fact that the enzymes are of animal origin - is the following: It shows that microbial communities are particularly effective. "We assume that it will also take an interaction of several enzymes isolated from the bovine rumen to ensure an overall degradation of polyester," said project leader Doris Ribitsch in media articles. Often in similar research, only individual microorganisms are studied, the scientists said. Possibly this has an influence on the entire research. They hope that the potential is great: "Due to the large quantities of rumen that accumulate daily in slaughterhouses, an upscaling would be easy to imagine," Ribitsch said. However, it is still too early to estimate the exact benefit, say the scientists.
Moreover, this would indirectly promote cattle farming. And the last thing the research and this contribution want to promote is the continued industrial exploitation of animals and the associated environmental pollution.