Will This UN Treaty Really Change The (Plastic) World? 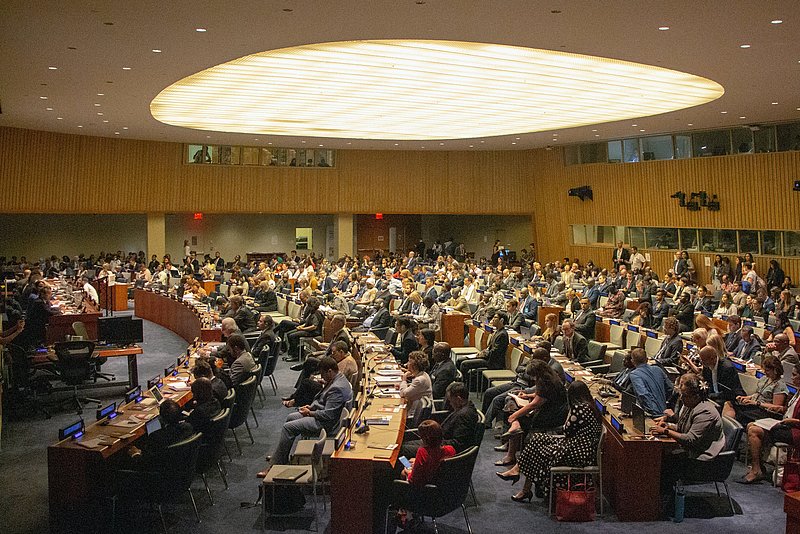 ©Photo by Matthew TenBruggencate on Unsplash
After several days (and nights), the 175 nations of the UN Environment Assembly were able to bring themselves to envisage a binding treaty - is this the beginning of the end of plastic (as we know it)?

A historic week is behind us. The UN Environment Assembly has agreed to a treaty elaboration that could effectively fight the plastic problem. An overview and report of an assembly in which we too have placed a lot of hope.

For a long time it seemed as if little was happening in politics to stop the plastic flood - and then this: At the United Nations Environment Assembly (UNEA) in Nairobi this week, it was unanimously decided to draw up a legally binding treaty against global plastic pollution. An international body will work out the exact content of the treaty by the end of 2024.

According to the UNEA decision, the treaty should contain rules and obligations for the life cycle of plastic products, waste systems, circular economy and plastics as well as microplastics in the ocean. In addition, there will be periodic reviews by states and continuous reporting.
­It is a big step - but also one that is long overdue. For the world is drowning in plastic, with no sign of a change for the better. This is the result of a long report presented by the OECD shortly before the start of the UN conference. The facts and figures presented are impressive: plastic production has increased 230-fold since the 1950s - without any sign of stagnation. This is mainly due to the fact that it is not possible to recycle the plastics produced in sufficient quantities.

The Experts did not give concrete advice to the UN summit, but called for decisive action: "States must tackle the problem together, and urgently." Above all, they said, ways had to be found to get a grip on the numerous forms of wild, unregulated disposal of plastic waste, which accounted for the majority of direct inputs into rivers, lakes and oceans. In addition, a major threat whose impact is not yet fully understood is microplastics. At the conference, it was named as one of the main sources of pollution affecting human health and well-being.

So now the politicians from all over the world could really show their decisive stance. Global rules, equal requirements, binding - this is now probably the only lasting and effective way to tackle the plastic crisis. Expectations were high, also among our MIX-UP scientists. We are glad that a global agreement is finally in sight, says our project leader RWTH professor Lars Blank. "Great news - in a dark time! We from the EU-H2020 project MIX-UP will contribute new technical options to achieve the ambitious goals of the UN treaty to end the plastic crisis." It is indeed a first big step in the fight against the plastic problem.

Now, of course, it is up to the politicians to make the treaty ambitious enough to actually bring about a rapid and sustainable change. It will be important not to be influenced by the big lobby of global chemical companies and their customers - as has unfortunately been the case all too often in the past. This time, too, such corporations have lobbied behind the scenes to keep the talks focused on waste. This time, they were unable to prevent a treaty from being drafted that refers to the entire life cycle of plastics. But what exactly does the treaty need to say to effectively combat the seemingly endless flood of plastic? We will be interviewing experts on this in the coming weeks. Stay tuned!