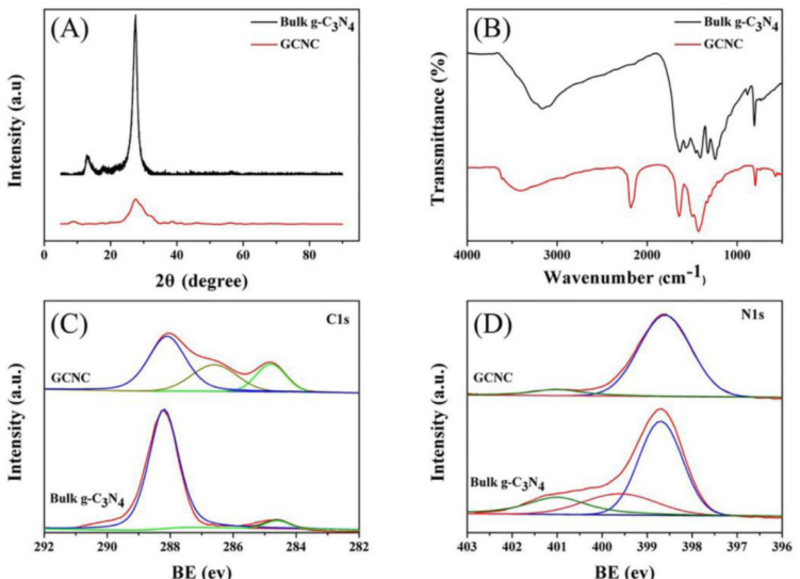 Glycolysis of poly (ethylene terephthalate) (PET) is a promising way to recycle waste PET and produce bis-(2-hydroxyl ethyl) terephthalate (BHET), the monomer of PET. However, traditional catalysts will cause environment pollution and economic burden. In this work, based on the green and low-cost graphitic carbon nitride colloid, we developed a pseudo-homogeneous system for PET glycolysis, and poly (bisphenol A carbonate) (BPA-PC) and polylactic acid (PLA) methanolysis. Using this system, 100% conversion of PET and 80.30% yield of BHET were achieved, and the reaction time was 2-8 times shorter than that of other metal-based catalysis systems. Catalyst and ethylene glycol were reused five times directly preserving their activity. Furthermore, the degradation of real commercial plastics has also been achieved. According to FT-IR, XPS, and 1H NMR characterization results, the nucleophilic attack ability of ethylene glycol and electrophilicity of the PET carbonyl’s carbon are enhanced by the formation of hydrogen bond between ethylene glycol, PET and catalyst.