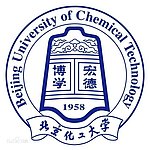 Beijing Key Laboratory of Bioprocess was officially established based on Beijing University of Chemical Technology in 2001 with the approval of the Beijing Municipal Education Commission and the Science and Technology Commission. The overall positioning of the Laboratory is keeping biorefinery as the central task, taking advantage of biological catalysis and conversion technologies to realise the high-value transformation of biomass

resources and to prepare bio-based chemicals, bioenergy and biomaterials. The Laboratory focuses on the fundamental scientific issues during the application of industrial bioprocesses, the development and industrial scale-up of the new technologies. The exploration of a series of biorefinery technologies with independent intellectual property rights and their further industrialisations are emerging subjects.

BUCT is work package leader of WP4 “Mixed microbial plastic degradation” and is supported in these activities by RWTH. Additionally, BUCT is involved in WP2 and

contributes to the identification of PE/PS-degrading microbes and enzymes. 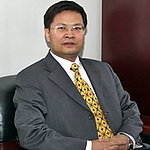 Prof. Tianwei Tan is an academician of the Chinese Academy of Engineering. He graduated from the Department of Chemical Engineering of Tsinghua University in 1986 and received his PhD from Tsinghua University in 1993. He is currently a professor and president of Beijing University of Chemical Technology, chairman of the China Renewable Energy Society and vice chairman of the China Chemical Industry Society. His scientific focus is on the field of biorefinery, biomaterials and bioenergy. He is mainly engaged in the biological chemical industry, conducted a lot of research on lipase and enzyme-catalysed synthetic chemicals, realised the production of lipase for organic synthesis and the application of enzyme as industrial catalysis. Further, he established a new method of fermentation up-scaling based on the control of marker metabolites, and used for industrial production of yeast fermentation products. He developed a novel industrial process of comprehensive utilisation of fermentation waste mycelium. He has obtained more than 40 national and international patents and published more than 300 SCI papers. As the first contributor, Prof Tianwei Tan won two national technology invention awards, two provincial and ministerial science and technology progress awards, four Liang Heli science and technology innovation awards, Tan Jiayu life science awards, and Asian Young Biotechnology Outstanding Contribution Awards (YABEC award). 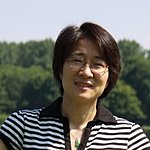 Prof. Haijia Su, a winner of the National Science Fund for Distinguished Young Scholars, is currently a professor and director of the Academic Affairs Office of Beijing University of Chemical Technology. She focuses on valorisation of biomass utilising state-of-art biotechnology and preparation of new biomaterials through the development of biological and chemical coupling methods to establish an optimised approach for the coordinated management of environmental pollutants. She has been supported by over 20 national foundations of China, e.g. the National Natural Science Foundation, the High-Tech Research and Development Program of China (863), National High-Tech Project (973), and the Programs for New Century Excellent Talents. Haijia published over 150 papers and obtained 19 patents. 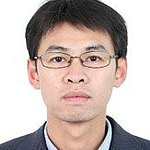 Prof. Chen Biqiang is a professor of the College of Life Science and Technology at Beijing University of Chemical Technology (BUCT). He is mainly engaged in the synthetic biology and synthesis of chemicals by enzymatic processes. Further, he assumed several research projects funded by the National Natural Science Foundation of China, National Program 973 and 863 projects. In recent years, he has published more than 30 papers and applied for 11 patents. 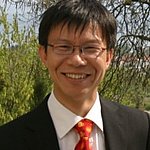 Dr Luo Liu is an associate professor of the College of Life Science and Technology at Beijing University of Chemical Technology (BUCT). He studied technical biology at the Institute for Technical Biochemistry, University of Stuttgart, and received his PhD in 2007. After that, Luo completed a drug biosynthesis project for PharmaZell GmbH in Germany, from “proof of concept” to pilot plant. Now, he is focusing on gene mining, protein engineering, and enzyme technology to treat organic wastes, such as plastics, for producing value-added products, such as bio-based chemicals including bioenergy. To date, he has published more than 60 peer-reviewed papers.

Yilin Zhao studied chemical engineering and technology at the Institute for Life Science and Technology at Beijing University of Chemical Technology (BUCT) and the University of Waterloo. She received her PhD in 2020. Sheis focusing on chemical-biological co-catalysis technology to treat low-value biomass and organic wastes, for producing value-added products, such as bio-based chemicals.