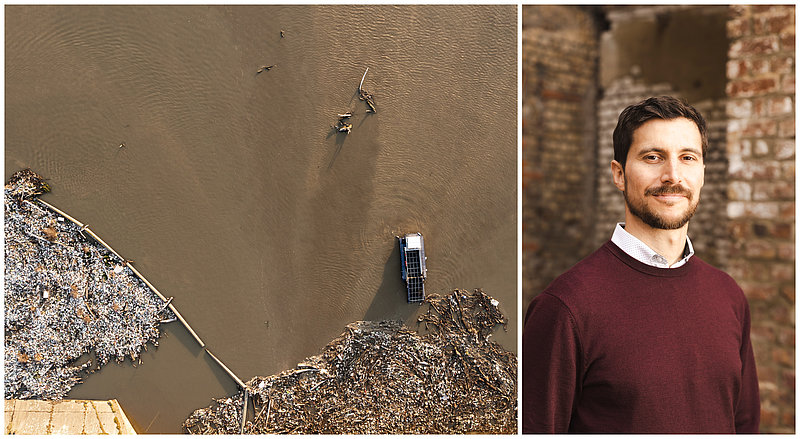 ©Copyright by everwave
Artificial intelligence could become a game changer in the fight against plastic. Research manager Dr Tilman Flöhr explains how everwave uses it.

Aircraft, sensors, cameras: that's what it takes to use artificial intelligence against the plastic flood. Our consortium partner everwave shows that AI not only has potential in biological science, but also very practically in environmental protection. CTO Tilman Flöhr explains how in an interview.

You may remember that a little over a year ago, MIX-UP project manager Lars Blank gave us an exciting insight into what artificial intelligence can do in the realm of biology. Even back then he was sure: "The implications will be enormous for biology in the coming years, that much is certain."

Now it turns out: AI is not only setting a revolution in motion in biology. AI is also helping to make environmental protection more efficient in very practical terms. This is demonstrated by our consortium partner everwave: "If you compare what was possible a few years ago and what is possible today, the progress is gigantic. Artificial intelligence is also revolutionising our fight against plastic pollution."

The use of self-learning algorithms, Flöhr says, has the potential to become a "gamechanger" for the environment in the fight against global plastic pollution. "Not only does it make our work many times more efficient, but it allows us to prevent plastic pollution and "rubbish hotspots" from occurring in the first place in some places in the future," Flöhr says. "Collecting alone is not enough for us, because it still leaves out the causes. "

So how exactly do algorithms help get plastic out of rivers - and even prevent it from getting in there? Flöhr has provided us with some answers.

We analyse images step by step through two "Convolutional Neural Networks": these are neural networks that work particularly well in image processing. The first neural network analyses whether the image tiles contain rubbish or not. If so, the AI estimates the number of objects. If not, it registers what can be seen instead - for example, water, vegetation or wood. Then the second neural network comes into play and evaluates the tiles that the first network has already classified as "rubbish" in a finer resolution. It then classifies the images into different types of rubbish, for example PET bottles or food packaging made of Styrofoam. This is particularly important for the later efficient recycling of plastic waste. 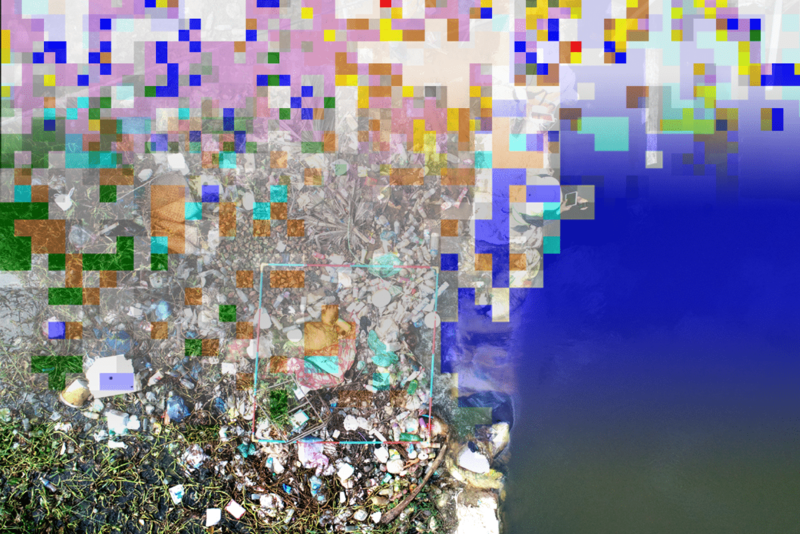 More data on the location, quantity and composition of plastic waste in global waters first of all gives our consortium the unique opportunity to train neural networks - what is often described in everyday life as artificial intelligence - more precisely and thus draw even more reliable conclusions about the causes and origin of the waste. But we go even further: we make the data publicly available in an online library that contains not only data sets but also the methods we use to automatically detect and classify plastic. Developers and operators of remote sensing systems, stakeholders and even government agencies worldwide can use the data and adapt it to their regional characteristics. In this way, we support a growing community that uses artificial intelligence for the benefit of people and the environment.

Now, together with our partners, we are developing an artificially intelligent measuring system that records and evaluates the distribution of plastic waste on the water surface and on shorelines or coastlines for the first time on a large scale." The special feature: The technology is particularly efficient and can be used worldwide because it can be integrated into already existing systems. This includes, for example, routine flights for oil monitoring, environmental monitoring or coastal protection. So the technology is not only used on drones - as before - but also on aircraft. They not only fly more frequently, but also cover much longer distances. In this way, we collect more data than before.