"Now Is The Time For Serious Solutions" 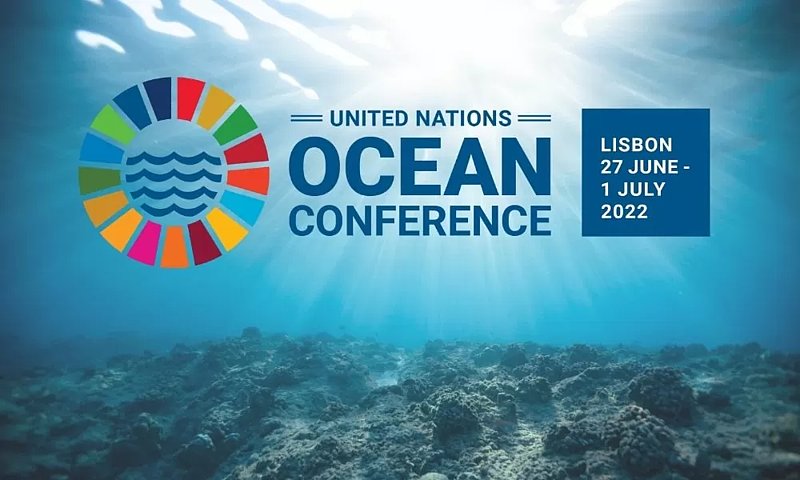 ©Copyright by United Nations
a landmark conference: from 27 June to 1 July, the united nations will meet to adopt measures to protect the oceans.

At the second UN Ocean Conference, everything is under the sign of the UN Decade of Oceans. In addition to great admonitions and words, action is now finally to follow by presenting clear approaches to solutions. Does the conference herald a turnaround?

193 countries, thousands of delegates, one city: Monday is the day, the next big UN Ocean Conference is coming up in Lisbon. "I think this conference in June will be about finding solutions to the problems we have brought to the world's attention. And I'm very confident that those solutions will emerge when we get there." With these confident words, Peter Thomson, the UN Secretary-General's Special Envoy for the Ocean, was now speaking just before the start of the conference. And he must mean it - after all, he himself comes from the Fiji Islands, which are already severely threatened by the effects of climate change on the ocean and are in danger of sinking below sea level in the long term.

Thomson wants to prevent this, he reveals in an interview with UN News. And it's not just him - in addition to the special envoy and the thousands of government delegates attending, this second UN Ocean Conference also features businesses, non-governmental organisations and universities looking for ways to make the "blue economy" sustainable, and as soon as possible. Is this heralding a new era for the ocean in the Portuguese city of Lisbon?

The first conference in 2017 was considered groundbreaking in making the world aware of the ocean's problems. Thomson: "At that first conference, a target was set for 10 per cent of the ocean to be covered by marine protected areas by 2020, and we have only reached eight per cent by 2022. That makes it clear that we need to do much more, because marine protected areas are an essential part of saving the health of the oceans."

Do much more - just what?

"It's about reducing the use of fossil fuels and the burning of coal. Every belch that comes out of every one of these smokestacks is another nail in the coffin of these countries, of this environment," Thomson says. There need to be solutions.

And it is precisely these solutions that Lisbon now aims to provide space for, to advance innovative, science-based approaches to the sustainable management of the oceans. The main focus will be on combating water acidification, pollution especially from plastics, illegal fishing and the loss of habitats and biodiversity. At the end, delegates want to decide how ambitious the United Nations Decade of Ocean Science for Sustainable Development (2021-2030) should be. The Decade will be a major theme of the conference and the subject of several major events presenting the vision of a healthier and more sustainable ocean.

The United Nations has set ten ocean-related goals to be achieved this decade as part of the 2030 Agenda for Sustainable Development, the organisation's plan for a more equitable future for people and the planet. Marcella Hansch, founder of MIX-UP consortium member everwave, is part of the Ocean Decade Committee in Germany. The committee aims to publicise the UN Decade of Oceanography for Sustainable Development in Germany, to support its implementation in Germany and to act as a link between national and international activities.

For the first time, the role of youth will also be highlighted to provide a platform for young entrepreneurs working on innovative, science-based solutions to critical problems. So will words finally be followed by action? The Decade of the Ocean has officially begun.