Do You Know How Expensive Your Groceries Really Are? 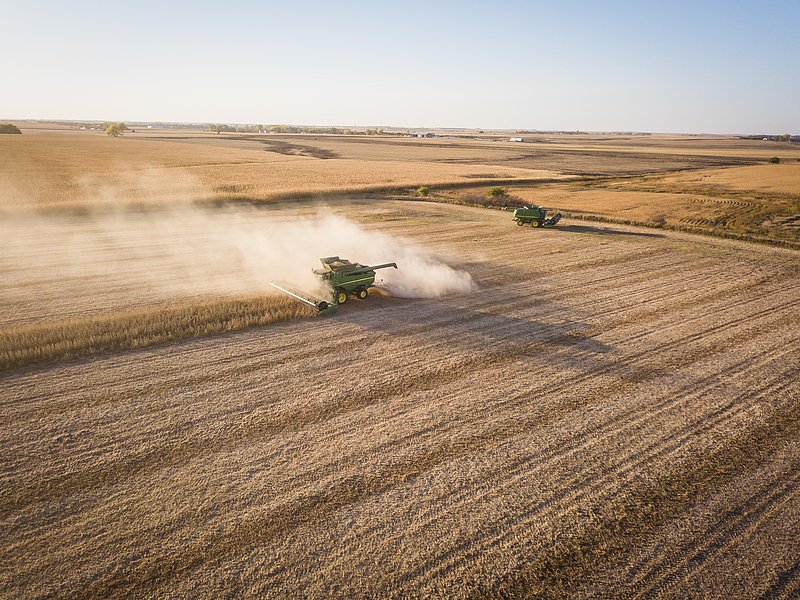 ©Photo by Scott Ymker on Unsplash
Agriculture as far as the eye can see: A lot of forest land is cleared for the cultivation of our food. Most people know that this harms the environment - but it is not reflected in the price of food.

Oatmeal for 80 cents, yogurt for 1.50 euros, 500 grams of meat for 2.99 - these may be the costs for you. Yet much of it is literally at the expense of the environment. If we consumers paid for the environmental damage, prices would be much higher. Why is that?

For most people reading this article, it should probably come as no surprise that meat and many other animal products are far too cheap. How is a farmer supposed to make a living when a kilo of meat doesn't even cost ten euros? And even from it not everything arrives at the producer. The supermarket chains, the transporters, the feed suppliers - they all want and have to earn money, right?
But that's only part of the truth. Because if you really wanted to pay all the players involved in a product fairly, one would probably have the biggest share: the environment itself.

This is the conclusion of a German study published in November 2020 in the renowned scientific journal Nature Communications. Scientists from our partner university in Greifswald were also involved in the study. The team developed a method to calculate the so-called externalized costs of food. These are the "costs" that arise for the environment or the general public but are not directly apparent in the production chain. These include, for example, forest areas cleared for food cultivation or the long-term damage caused by pesticides used. It's a paradox: "Although the agricultural sector is one of the main contributors to greenhouse gas emissions worldwide, its social and environmental impacts have not yet been thoroughly analyzed from an economic perspective," the scientists write in their paper, "There is insufficient distinction between cropping systems and food categories."

So how much more expensive would a common product be if these externalized costs were taken into account? The researchers' result is expected - but still startling: at a glance, it's clear that externalized greenhouse gas costs are highest for conventional and organic animal products (2.41€/kg product; 146% and 71% markup on producer price level, respectively), followed by conventional dairy products (0.24€/kg product; 91% markup), and lowest for organic plant products (0.02€/kg product; 6% markup). To return to our example at the beginning: Meat would have to be about two and a half times as expensive to compensate only for these externalized costs - this does not yet include fair payment for all people in the production chain.

"The large differences in relative external climate costs between food categories, as well as the absolute external climate costs of the agricultural sector, highlight the urgent need for policy action to close the gap between current market prices and the true costs of food," the scientists conclude. It also stands out that meat consumption and conventional agriculture are particularly damaging to the climate. But the resulting costs have so far not been taken into account at all in food production - they are so-called externalized costs. At the moment, neither producers nor consumers have to pay this real price - but in the long term, everyone will. This includes those who produce and consume in a more climate-friendly way. And above all, future generations, who will suffer more from climate change.