"We Found More Rubbish Than Expected" 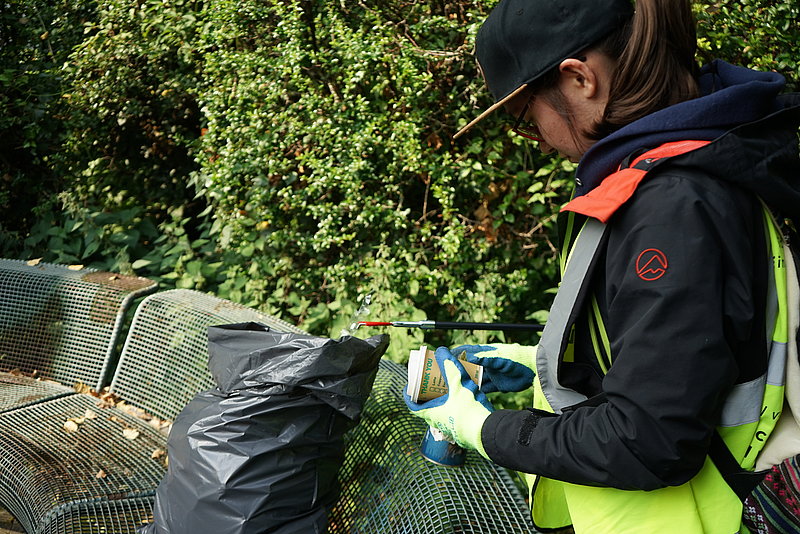 ©Copyright by everwave
Coffee cups, rotten blankets, glass bottles: During the clean-up on the occasion of the international Clean-Up-Day, the MIX-UP team, together with everwave and PAN Aachen, took all kinds of things out of the bushes - now the Republikplatz in Aachen looks a bit cleaner.

Last Saturday, the International Clean Up Day took place. Scientists from MIX-UP and volunteers from everave and the PAN Aachen network cleaned up some places in the German citys Aachen and Dortmund and the Dutch region of south Limburg - and pulled some strange things out of the bushes. But see for yourself.

At first glance, there wasn't that much rubbish to be seen. There are cigarette butts by the side of the road, empty beer cans next to the rubbish bin. The Republikplatz in Aachen's university quarter seems clean as you walk past - or at least no dirtier than most other small streets and parks in Aachen.

But the impression is deceptive. Last Saturday was World Clean-Up Day, and our Aachen MIX-UP scientists swapped their lab pipettes or desks for tongs on Saturday and the days before to clean up various parks in Aachen a bit, together with our partner everwave and volunteers from the Aachen Sustainability Platform (PAN). And many of our helpers report: "As soon as you look a little closer, you find a lot more rubbish than expected, especially in the bushes there are bottles, blankets and other earthy digs that have probably been rotting there for years."

We captured this extraordinary day in pictures...

1. The iAMB cleans up at Westpark and Hollandwiesen

Our team from the Institute for Applied Microbiology (iAMB) made a start last Thursday. They were mainly cleaning up along the Westpark and the so-called Hollandwiesen in Aachen. Especially around the Westpark the most rubbish had accumulated, Birger Wolter, one of the MIX-UP researcher, said. "Especially around the Lidl and Kaufland car parks there was a lot of rubbish. At the Hollandwiesen itself, on the other hand, there was very little rubbish." The team also published its own report, which you can read here. 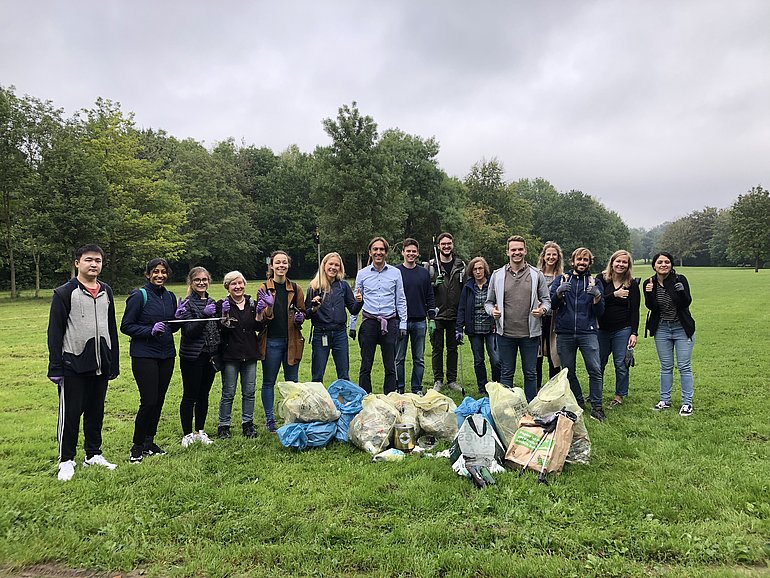 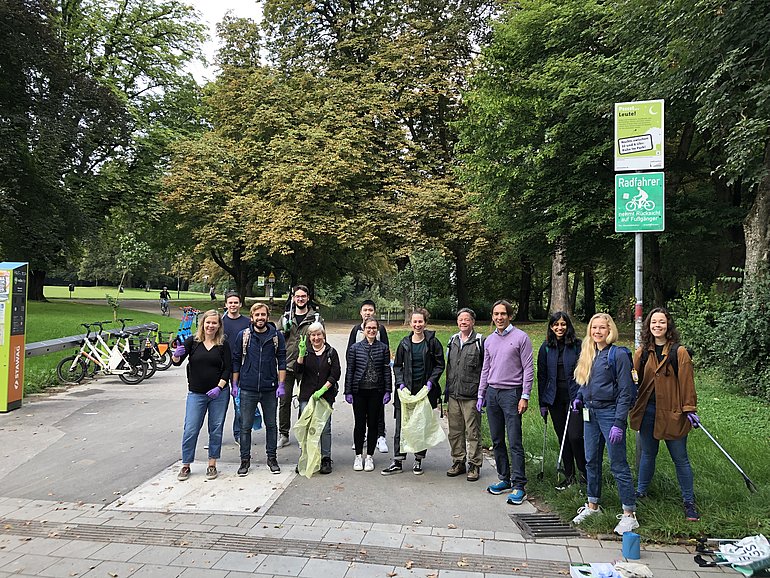 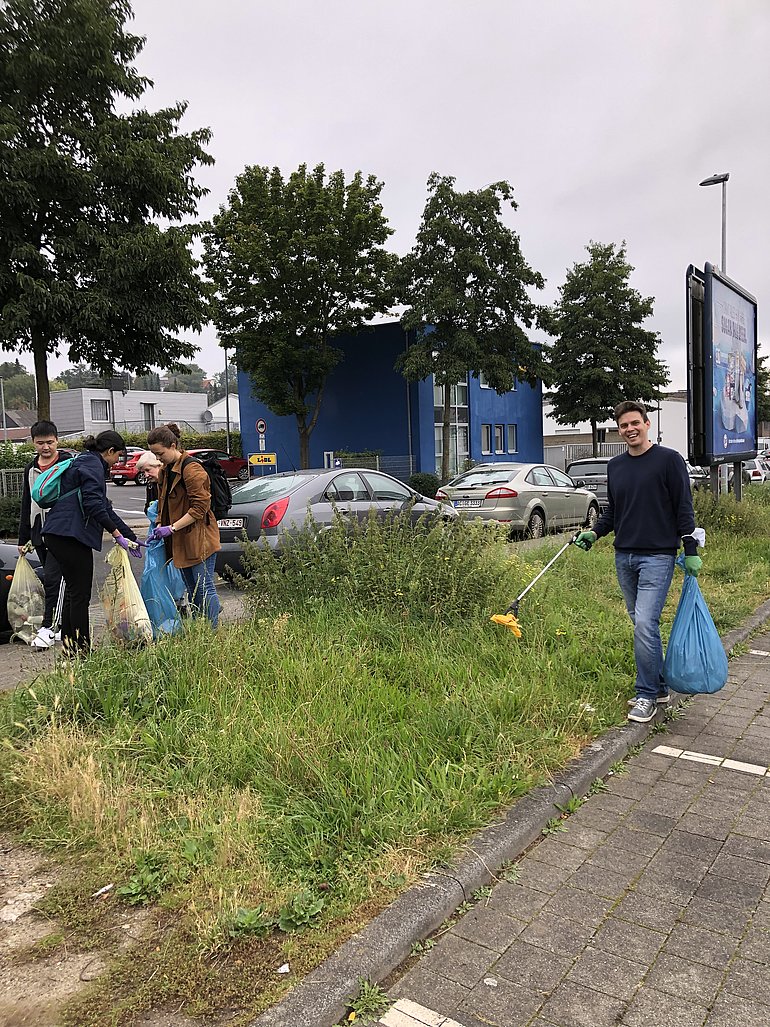 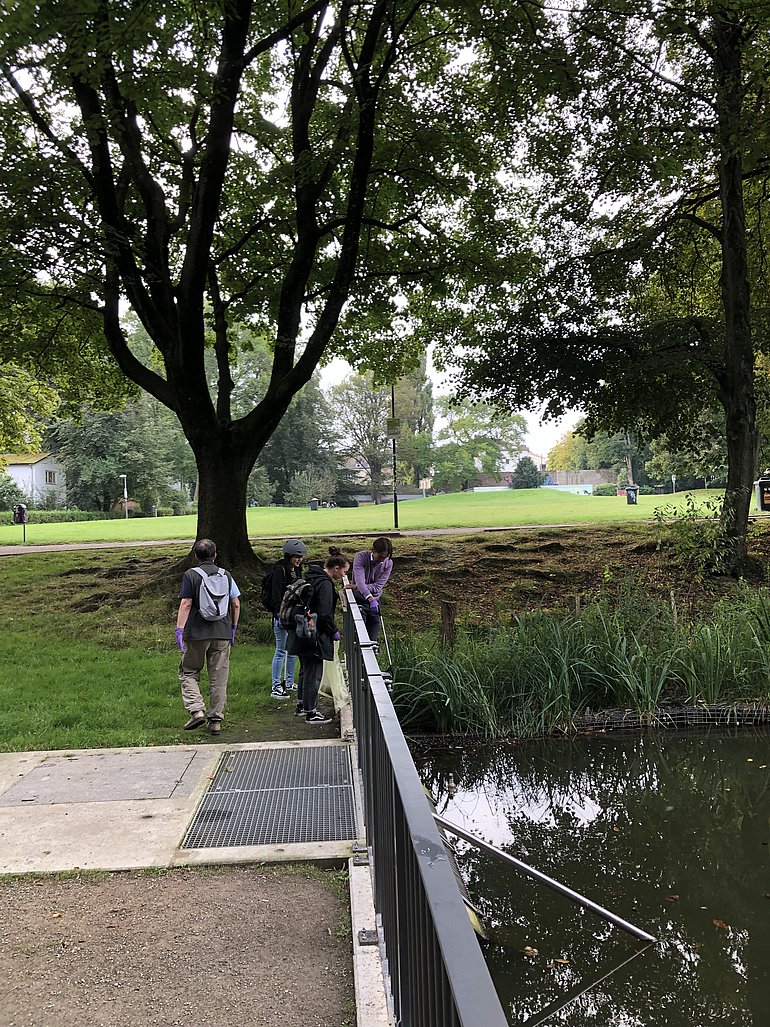 2. We also looked across the border: Clean Up in South Limburg

Our scientist Hendrik Ballerstedt even went to clean up a second time: In his home village of Gulpen in South Limburg, he and 34 other people from his village community, cleaned up the streets, entalgn the stream and meadows. 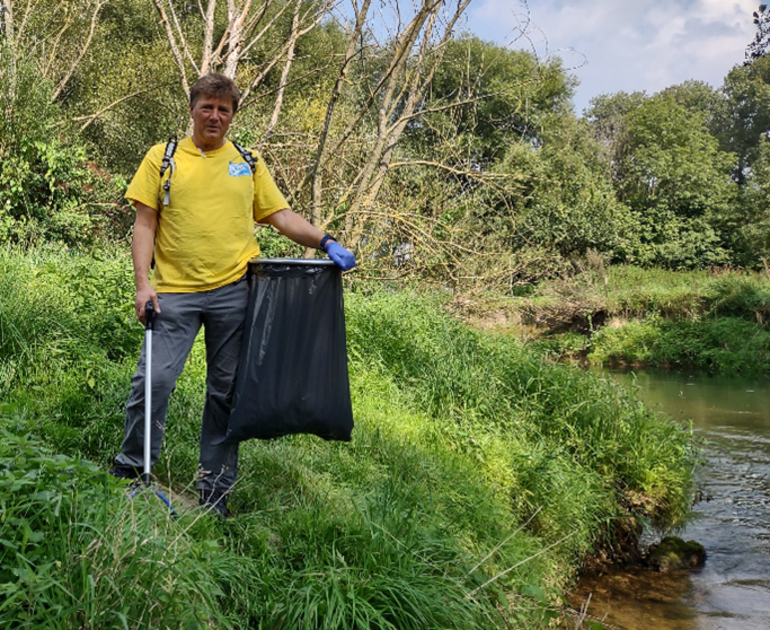 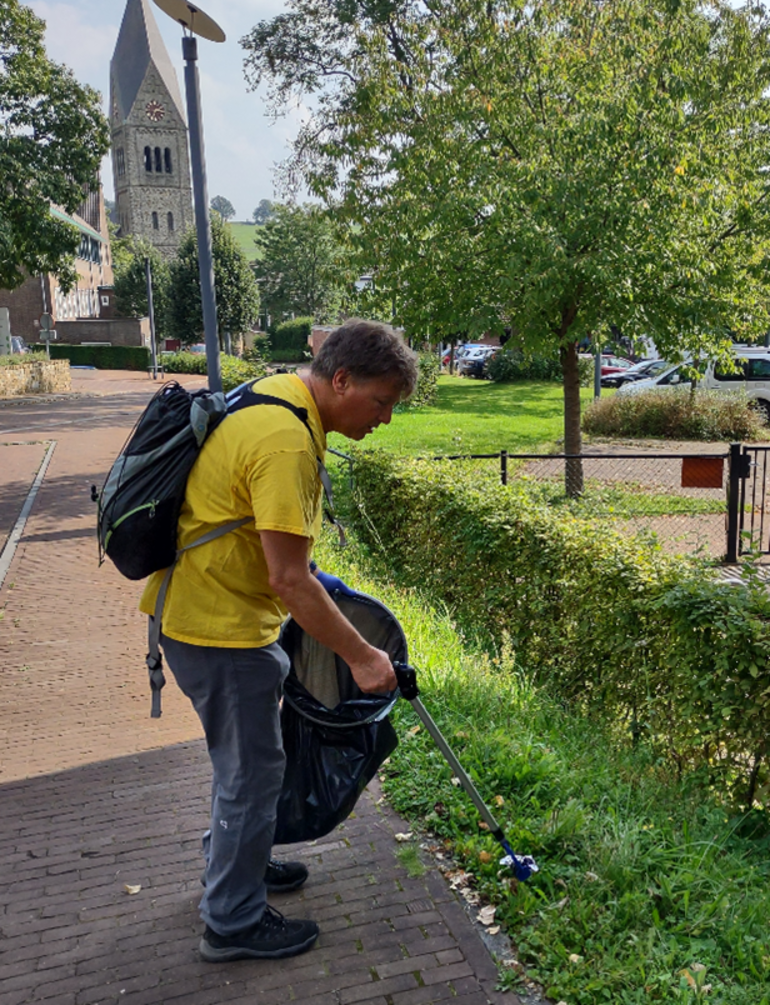 3. consortium partner everwave: Even in idyllic areas there is a lot of rubbish...

Also a few days before Saturday, two of our colleagues from our partners everwave were out and about in the Soers, an actually very idyllic, green area, where the NGO's office is also located in an old cloth factory. But even here there was rubbish to be found, as Verena and Simone had to discover. 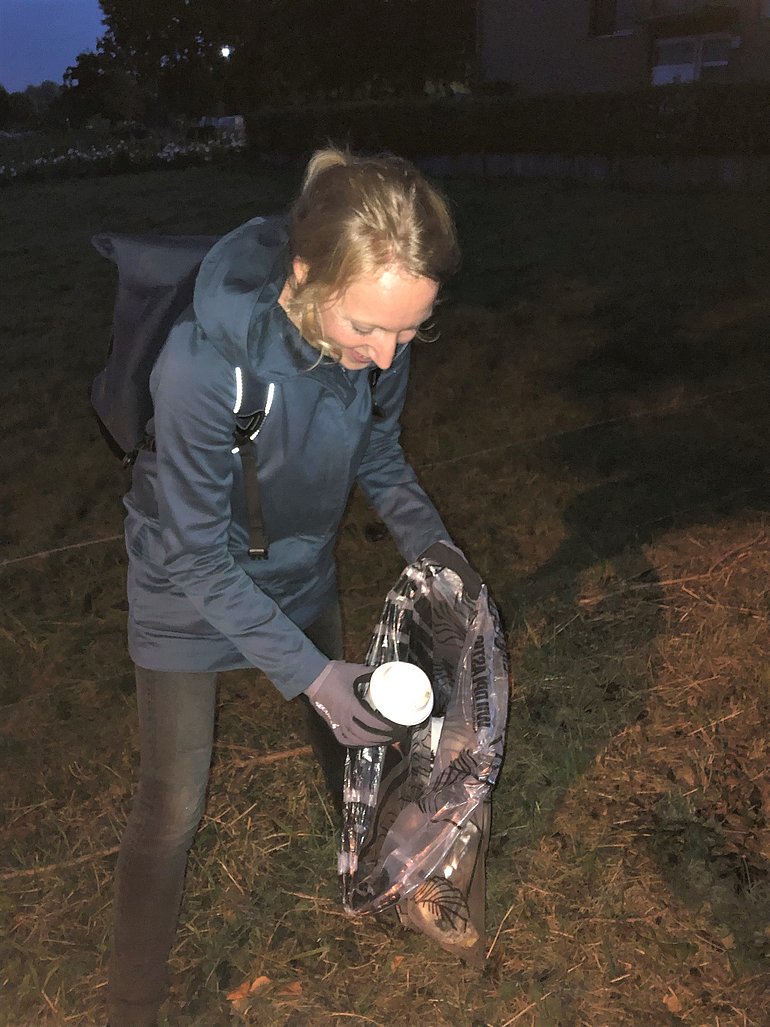 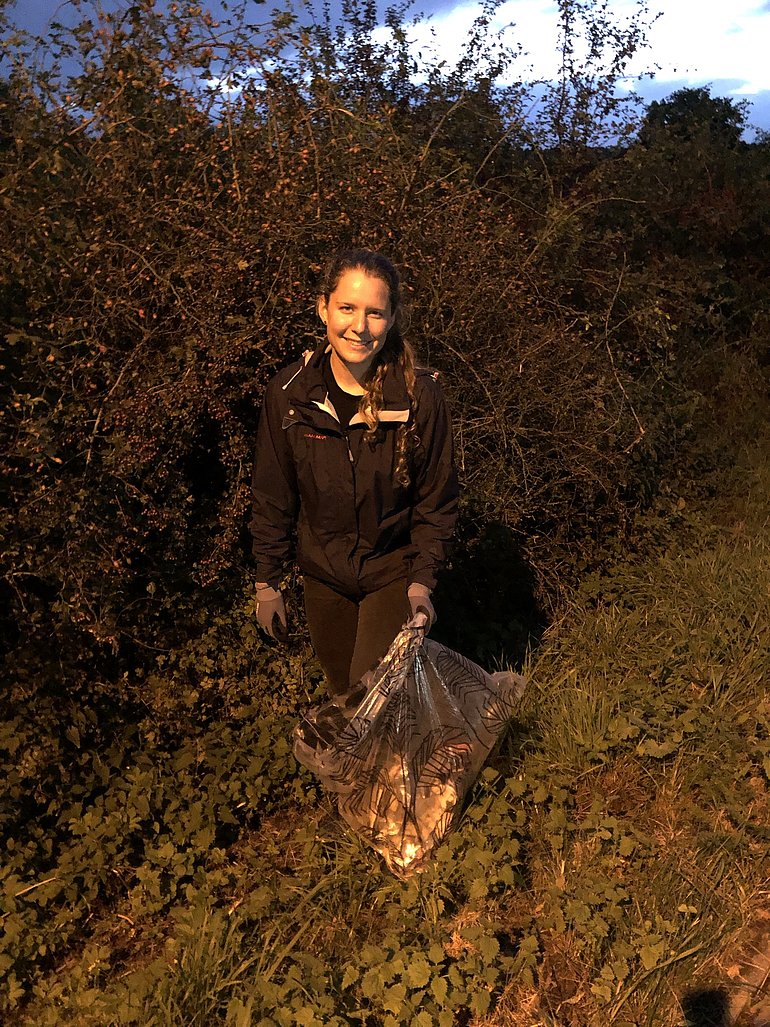 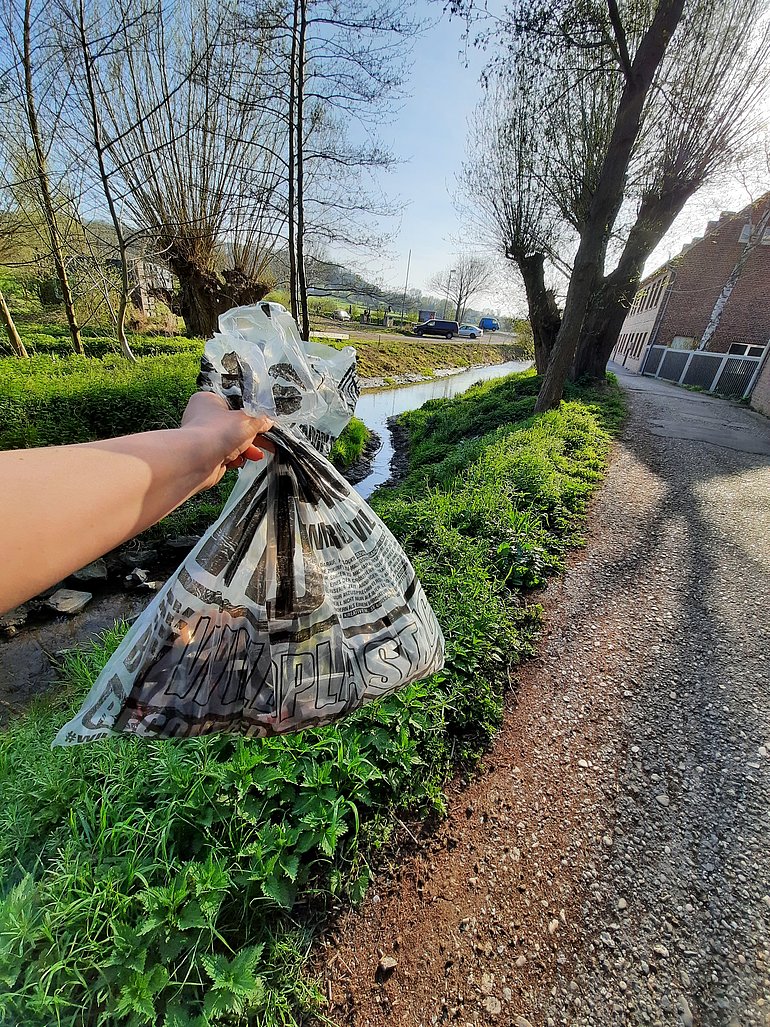 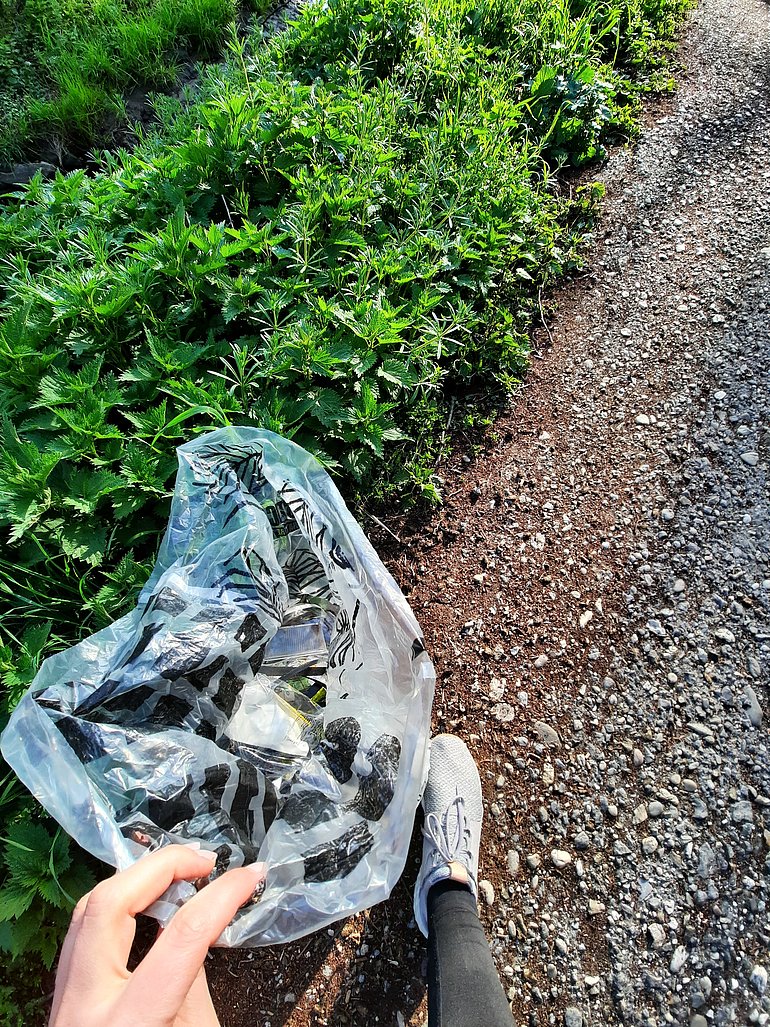 4. Support from the Platform Aachener Sustainability (PAN): Clean Up in the University Area

On Clean Up Day itself, some volunteers from everwave, MIX-UP and PAN met again to clean up the Republikplatz mentioned above. 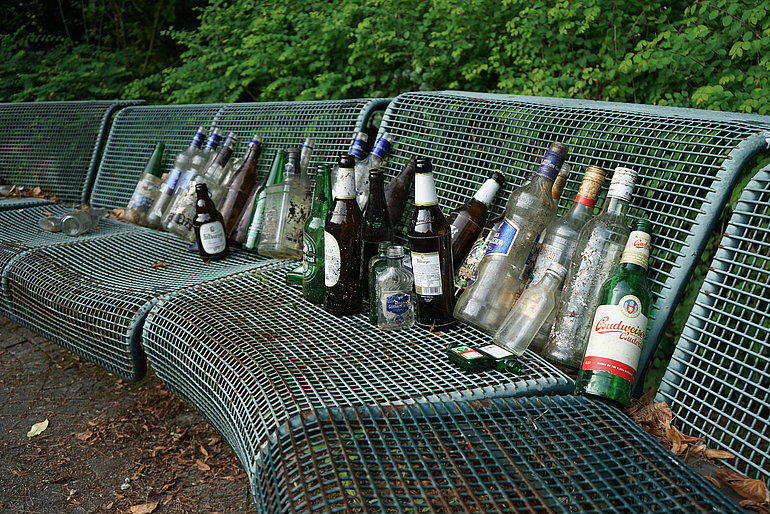 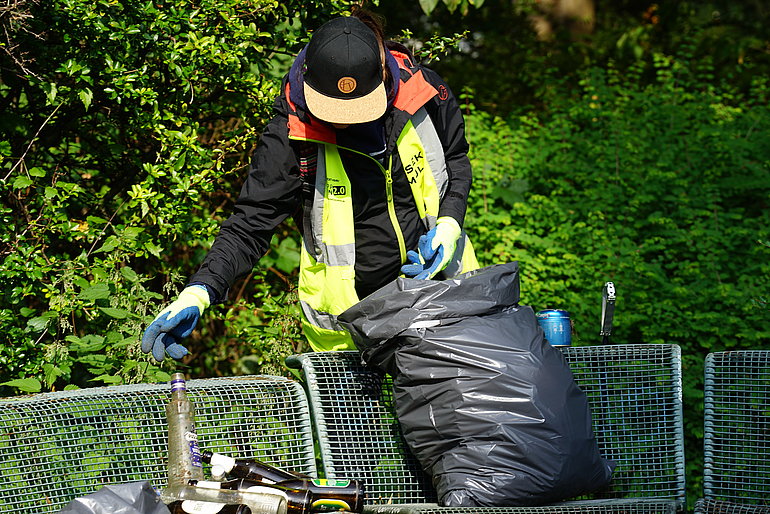 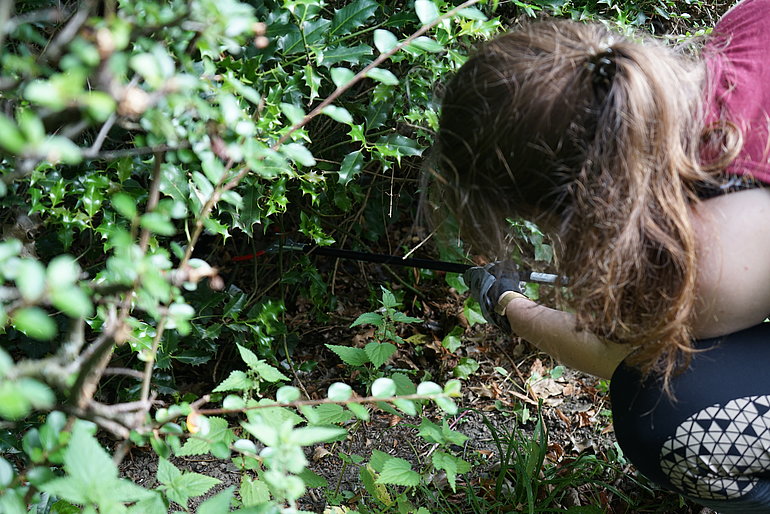 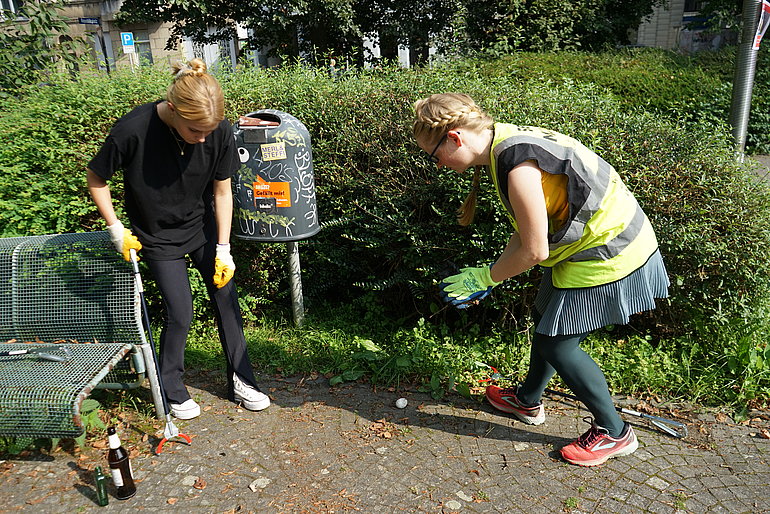 5. Support from the youngest: Our project manager cleans up with his daughter

And last but not least, a look beyond the city limits - because our project leader Professor Lars Blank not only cleaned up Aachen last year, but also Dortmund with his daughter on Clean Up Day itself, as he also reported on twitter. There they found rubbish, especially under wind turbines. Does this indicate that the open spaces under the futuristic devices are popular picnic spots?

With this in mind: remember to always take your rubbish with you wherever you go. 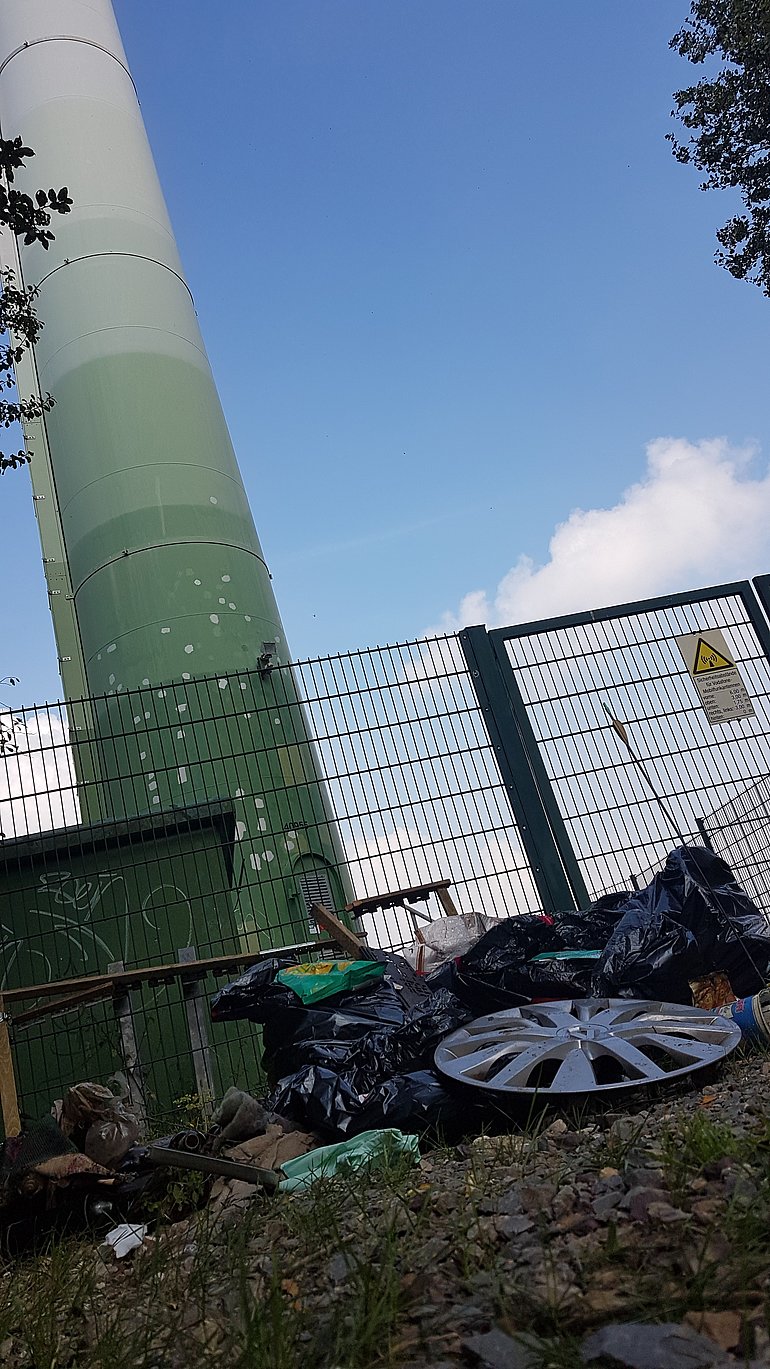 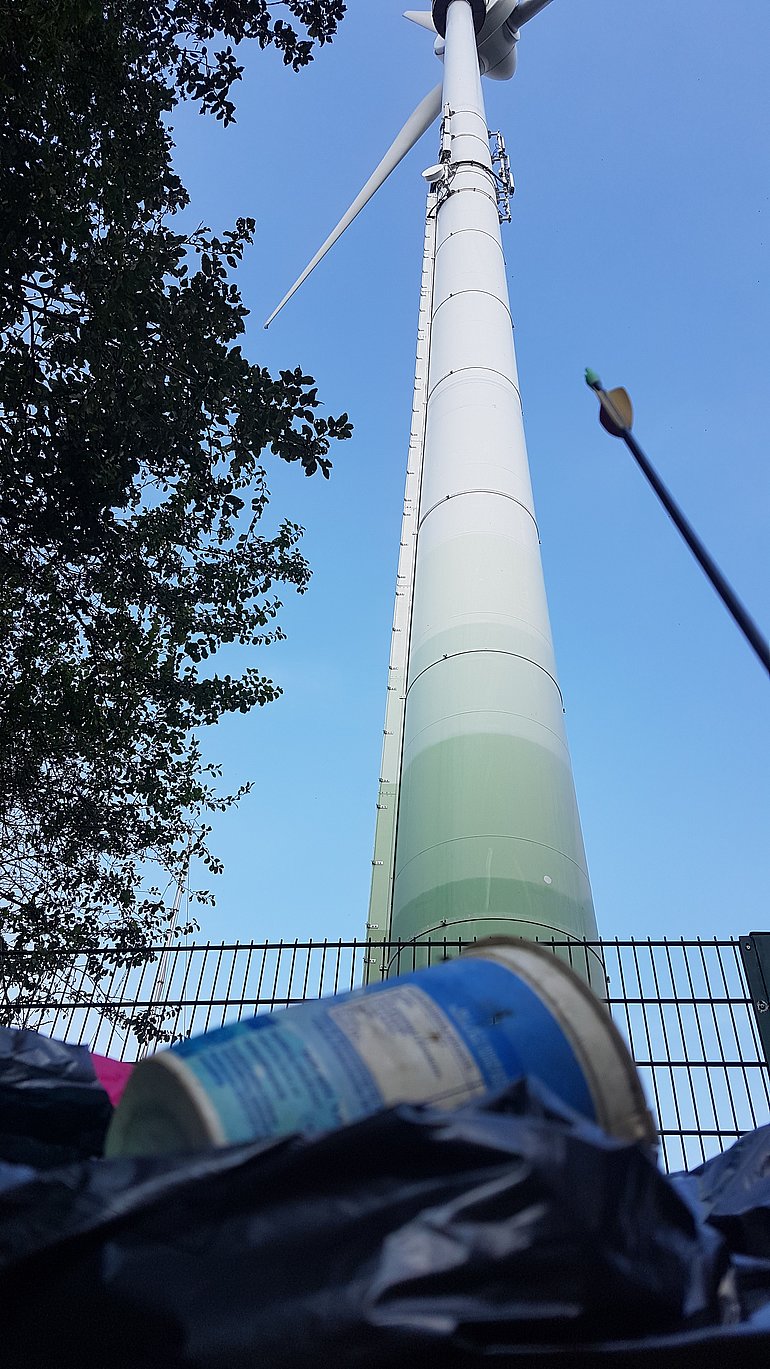