In Search Of Some Tranquillity In The Depths Of The Oceans 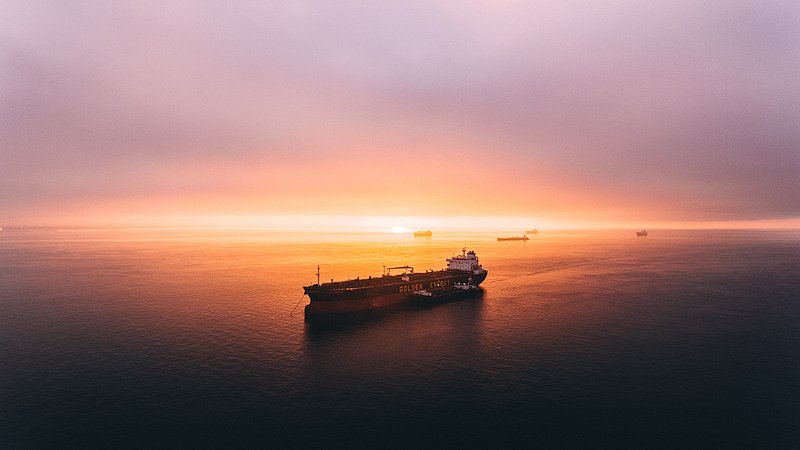 ©Photo by Ian Simmonds on Unsplash
Container ships as far as the eye can see: even on the wide open sea, the teirs are not spared by humans. The noise of the boats puts the animals under stress - sometimes fatally.

With the growth of shipping, noise in the oceans is increasing rapidly. What has long been dismissed as secondary could now be the undoing of a number of marine animals and the ecosystem - and thus also for humans.

Far out on the open sea, far from any shore or human civilisation, you can listen to the sheer force of nature: Wind whistling across the ocean; waves breaking, rain or hail hitting the surface of the sea - all this can be so loud that other sounds are literally swallowed up.

All this can do little to the marine animals, indeed they are part of it. But then there are the ships - cruise ships, cutters, container ships. Humans and their inventions are not only endangering the animal world through plastic pollution and the over-acidification of the oceans. A paper in the renowned journal Science shows the dramatic effects of so-called anthroponics on the aquatic ecosystem and its inhabitants. In it, the 25-member research team proves that not only the aforementioned ships pose a danger, but also seismic surveys, air guns, dynamite fishing, oil rigs and even surfing. "They have made the ocean an unbearably noisy place for marine life," the scientists write. This is according to a comprehensive review of the frequency and intensity of the effects of anthropogenic ocean noise published by the team last year, the New York Times also reported.

In the paper, the international marine researchers state that man-made noise drowns out the natural soundscape, putting marine life under great stress. "In the case of baby clownfish, the noise can even cause them to wander disoriented through the seas, unable to find their way home," writes Sabrina Imbler for the New York Times.

Whether it's a ship or an oil rig, humans generate sounds at different frequencies and on different spatial and temporal scales, which are perceived differently by different species. This alone can cause lethal stress in many creatures. But the indirect effect is even more comprehensive and far-reaching: climate change alters geographical and physical conditions so fundamentally that some regions are permanently exposed to altered soundscapes - and thus animals also suffer permanently. This includes, for example, the melting of glacier ice or more frequent and stronger storms.

Why are sounds so dangerous for marine animals?

Sounds are the sensory impressions that travel furthest in the ocean and are used by marine animals to interpret and explore the marine environment and to interact within and between species, the authors write in the paper. The best example is whales, which use sounds to communicate with their conspecifics over hundreds of kilometres. As a result, the soundscape of the human-dominated ocean is fundamentally different from the pre-industrial era.

The scientists therefore demand that "noise pollution" be given greater consideration in the discussion about saving the oceans - the UN's 17 Sustainable Development Goals do not mention the soundscape even once. Yet it is precisely here that the potential would be great: "Compared to other stressors that persist permanently in the environment, such as carbon dioxide in the atmosphere or persistent organic pollutants that enter marine ecosystems, anthropogenic noise is typically a point pollutant whose effects diminish rapidly as soon as the sources are removed," the authors sum up. Accordingly, countermeasures would be effective and quickly implementable. As the scientists report in the New York Times:
"Many solutions to man-made noise pollution already exist, and they are even quite simple: slow down, move the shipping channel, avoid sensitive areas, replace propellers. Many ships are equipped with propellers that cause strong cavitation: Tiny bubbles form around the propeller blade and create a horrible screeching sound."

The researchers also pointed to deep-sea mining, which could become a major source of underwater noise, and suggested that new technologies could be developed to minimise the noise before commercial mining begins. For thousands and thousands of creatures, a single decision could be a matter of life or death.