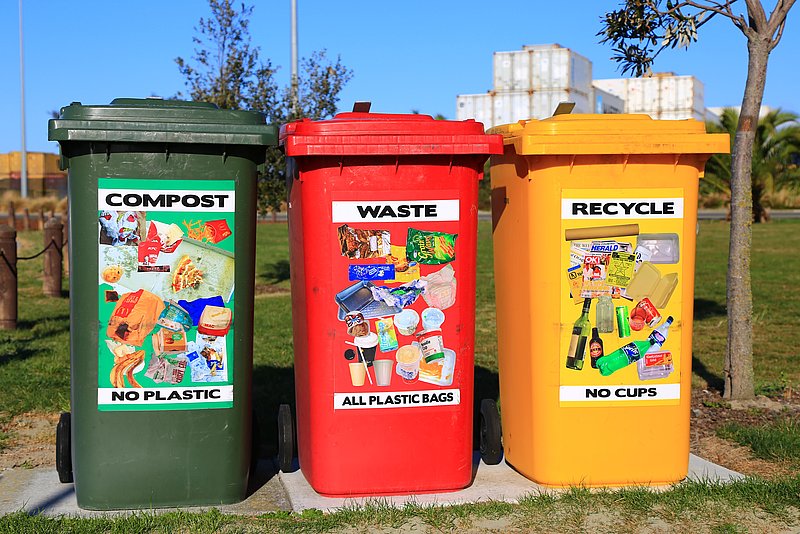 ©Photo by Nareeta Martin on Unsplash
Please separate: Much too often organic waste is mixed up with plastic and other waste that doesn't belong into the bio-waste container.

Far too often, diapers, can containers with food scraps, or just plain plastic end up in the organic waste garbage can. The problem was recently a topic of discussion in Germany, but it is likely to be on the agenda in many countries: People separate their waste too unconscientiously.

It wasn't long ago that Germany was discussing its waste. For a long time, the Germans rested on their reputation as a waste separation and recycling nation. Until research by major news services revealed that we are not yet handling our waste in such a resource-efficient way. On the contrary, a large proportion is shipped to Asia, from where it quickly ends up in the environment and waterways because the infrastructure is even worse than in Europe.
Now there is another report that puts a scratch on the image of the clean German: Time and again, waste that doesn't belong there ends up in the organic waste garbage can. Of all things, the waste that most likely belongs back in the environmental cycle is interspersed with plastic, paper and other residual waste. According to the industry association BVSE, up to 15 percent of the waste is made up of foreign materials. Diapers, canned food, aluminum foil and plastic bags are found particularly frequently in the organic waste garbage can - waste that may well be interspersed with organic material, but does not belong in the organic waste. The consequence: Instead of being composted carefully, the organic waste is burned expensively.
Therefore the professional association demands now stronger controls of the brown and green tons - and from the garbage disposal. A call for more self obligation would not be sufficient. The garbage workmen are to look more frequently suspicion-independently into the bio tons and simply leave, if the garbage was obviously not correctly separated - thus only bio garbage is to be found. Vice chief of the responsible professional association said to the news service n-tv that this is admittedly a harsh, but appropriate means. Controls absiets of the garbge workmen themselves, he said further, are still too differently regulated.
Contrary to what many consumers assume, so-called bioplastics are also controversial. Many experts recommend that the plastic bags, which are often made from corn or sugar cane, should not be disposed of in the organic waste garbage can. The problem, they say, is that they only decompose under very specific conditions that cannot always be met in composting plants.
The expert also complains that some municipalities do not inform their citizens enough about what belongs in the organic waste garbage can and what does not. Other municipalities, on the other hand, rely on very good information campaigns, so the problem of a high proportion of contaminants in the waste batches is rather low there - more of that is needed.