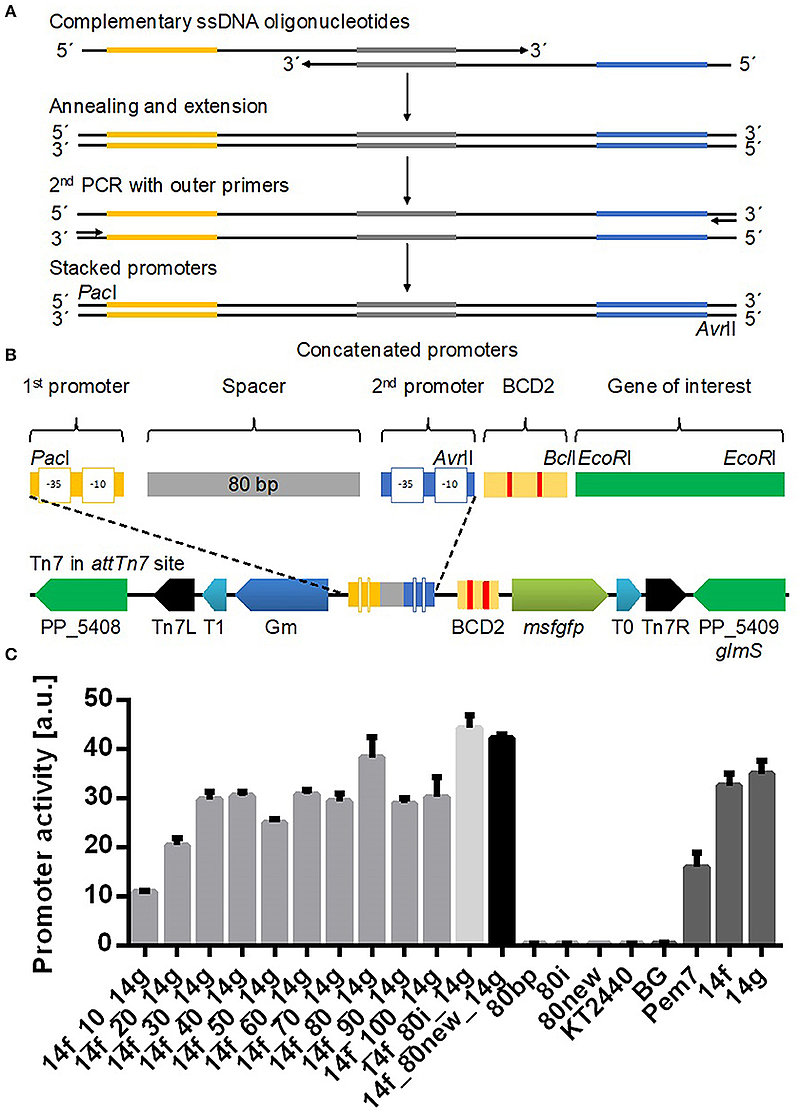 A new article was published within our former project P4SB.

The article "Characterization of Context-Dependent Effects on Synthetic Promoters" is written by Sebastian Köbbing, Lars M. Blank and Nick Wierckx and published in the journal Frontiers in Bioengineering and Biotechnology in June 2020.

Understanding the composability of genetic elements is central to synthetic biology. Even for seemingly well-known elements such as a sigma 70 promoter the genetic context-dependent variability of promoter activity remains poorly understood. The lack of understanding of sequence to function results in highly limited de novo design of novel genetic element combinations. To address this issue, we characterized in detail concatenated “stacked” synthetic promoters including varying spacer sequence lengths and compared the transcription strength to the output of the individual promoters. The proxy for promoter activity, the msfGFP synthesis from stacked promoters was consistently lower than expected from the sum of the activities of the single promoters. While the spacer sequence itself had no activity, it drastically affected promoter activities when placed up- or downstream of a promoter. Single promoter-spacer combinations revealed a bivalent effect on msfGFP synthesis. By systematic analysis of promoter and spacer combinations, a semi-empirical correlation was developed to determine the combined activity of stacked promoters.

Check out the full article here.

We wish Sebastian Köbbing good luck for his thesis defense in August!