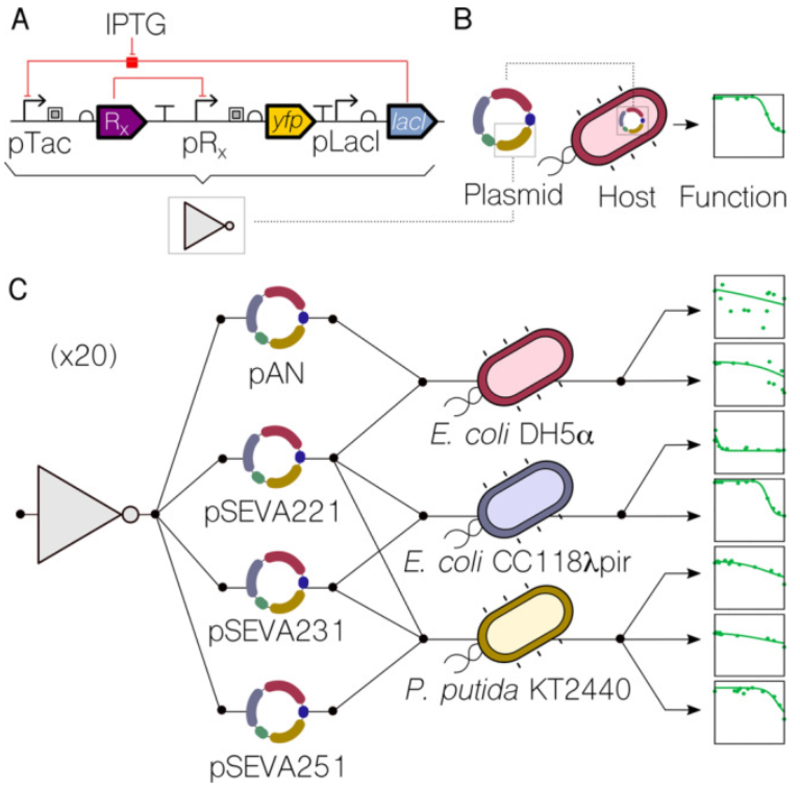 The implementation of Boolean logic circuits in cells have become a very active field within synthetic biology. Although these are mostly focussed on the genetic components alone, the context in which the circuit performs is crucial for its outcome. We characterise 20 genetic NOT logic gates in up to 7 bacterial-based contexts each, to generate 135 different functions. The contexts we focus on are combinations of four plasmid backbones and three hosts, two Escherichia coli and one Pseudomonas putida strains. Each gate shows seven different dynamic behaviours, depending on the context. That is, gates can be fine-tuned by changing only contextual parameters, thus improving the compatibility between gates. Finally, we analyse portability by measuring, scoring, and comparing gate performance across contexts. Rather than being a limitation, we argue that the effect of the genetic background on synthetic constructs expands functionality, and advocate for considering context as a fundamental design parameter.