In particular, the UCD School of Biomolecular & Biomedical Science (SBBS) hosts staff from the disciplines of microbiology, biochemistry, pharmacology and a small number from physiology. These disciplines fall under the overarching umbrella of bio-research which has been highlighted as a national priority in which Ireland can be internationally competitive. Research within SBBS aims to determine how biology systems operate and interact with their surroundings. Over 30 academic staffs with international standing are focused on key biological areas and in particular structural biology that underpins applied research in the field of bio- and nanotechnology, sustainable chemistry

and bio-medicine. This is necessary for the engineering of enzymes for specific industrial processes. In addition, determination of the structure and function of bio-macromolecules in relation to their integration and regulation in complex cellular processes is needed to understand living cells better. The school is highly research-intensive and special emphasis is placed on translating fundamental discoveries to applications. The diversity of our expertise is a major facilitator for interdisciplinary scholarship and research and provides the school with a unique forum to investigate biological systems at molecular, cellular and whole-organism levels.

UCD is involved in the project management and coordination as well as dissemination and exploitation (WP 1 and 8). Moreover, UCD will work on the optimisation of TA degradation

in Task 3.3, on mixed monomers for mixed microbial growth and bio-plastic prediction in Task 5.4 and finally, on the valorisation of hydroxyfatty acids from PHA in Task 6.3. 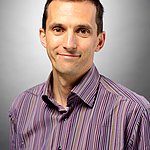 Professor O Connor’s research interests include converting waste and biobased resources to biodegradable polymers and biobased chemicals using fermentation, biocatalysis, and protein engineering. He is also interested in integrated biorefining and the scale-up of technologies. He has published over 100 international peer-review articles and made of over 200 contributions at national and international conferences. He has filed eight patents and successfully licensed three technologies resulting from his research work. Further, he was awarded Science Foundation Ireland Researcher of the year in 2019 and won a knowledge transfer Ireland award for his collaboration with industry.

Professor O Connor is director of BEACON SFI bioeconomy research centre, a Principal investigator in the UCD Earth Institute and a member of the school of Biomolecular and Biomedical Science at University College Dublin, Ireland.  He is chairperson of the scientific committee for the €4 billion public-private partnership Biobased Industries Joint Undertaking (BBI JU), and a former member of the European Commission biobased products expert group (2011-2017) and the European Commission committee entitled the “lead market initiative for Bio-based products” (2008-2011).  He is a member of the EC Missions board “Adaptation to climate change including societal transformation” 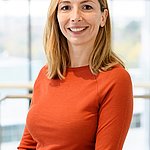 Dr Tanja Narancic is an Assistant Professor and lecturer in School of Biomolecular and Biomedical Science (SBBS), UCD, and academic collaborator in BiOrbic.  She holds a PhD in Biology and has 8 years of experience working in the field of metabolic engineering, developing biocatalysts for the conversion of various carbon sources, including mono- and polyaromatic hydrocarbons and plastic waste materials into polyhydroxyalkanoates, and protein engineering.  Dr Narancic has participated in three EU funded projects.  She has published 29 peer-reviewed scientific articles with over 400 citations, h-index 12 and i-index 14, and made over 30 poster and oral presentations at national and international conferences. 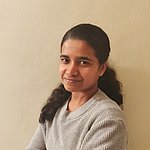 I am a PhD student at the School of Biomolecular and biomedical Science, and BiOrbic Bioeconomy research Centre at University College Dublin since January 2020 under the supervision of Professor Kevin O Connor and Dr Tanja Narancic. I did my Masters in Biotechnology at UCD wherein I did my thesis on studying the water quality in Dublin bay by assessing the levels of Faecal Indicator Bacteria under the EU Acclimatize project. I am interested in Environmental Biotechnology and my PhD project deals with the conversion of plastic waste to biodegradable polymers polyhydroxyalkanoates [PHAs] using a bacterial consortium. 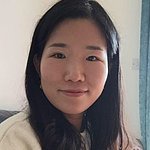 Jounghyun Um received her Bachelor's degree from Ewha Womans University in Korea and she obtained a Master's degree in Applied Biological Chemistry from the University of Tokyo. She has 3.5 years of working experience in CJ Bio research institute, Korea as an enzyme engineer and a strain developer. Then, she worked 2.5 years in FHI2 project to develop functional food hydrolysates at UCD. Currently, she is pursuing a PhD under the supervision of Prof. Kevin O’ Connor and Dr Tanja Narancic at UCD. Her research focuses on optimising TA degradation and PHA production through metabolomic analysis and the kinetic modelling of data.