"It Sounds Crazy, But Corona Has Advanced My Research" 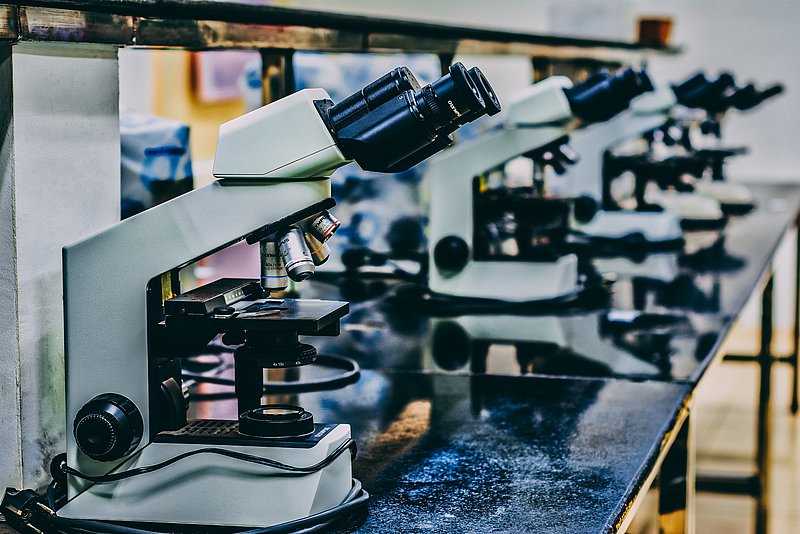 ©Photo by Ousa Chea on Unsplash
Empty rooms: During the Corona lockdowns, many labs remained closed. This posed challenges for our scientists - but also had unexpected benefits.

The Corona pandemic has been quite a disruption to the most MIX-UP scientist's research. Labs were closed, trips were cancelled. Now we asked the PhD students about their experiences over the past one and a half years - and learned some amazing things: Can the pandemic also have advantages?

When MIX-UP started in January 2020, the world still seemed all right. The anticipation was great for four years of project in which we would not only visit our friends and partners within Europe - after all, the project was tendered and funded by the EU - but even our Chinese partners. The joy was also great because such projects hold the potential for everyone not only to make scientific progress, but also to gain personal experience and make new contacts.
But then came the Corona virus. And with it, uncertainty. How would communication work if everyone only sat in front of their screens? What would it mean for the project if labs could only be visited sporadically? 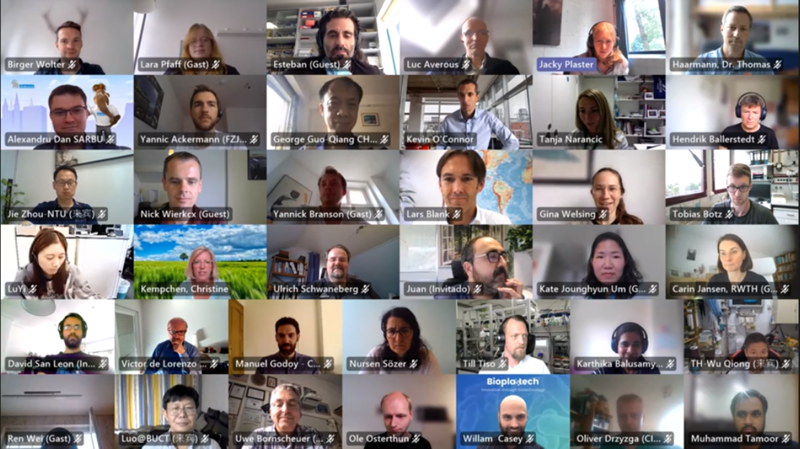 More than a year after the outbreak of the pandemic and hopefully by now on the threshold of its end, we provide the first answers. At the online general meeting a few weeks ago, we talked to all the PhD students and asked them about their experiences in Corona's daily research routine. In doing so, we wanted to know whether and how Corona has influenced scientific work on the one hand and intercultural exchange on the other.
The answers reveal some astonishing things. It is true that the Corona pandemic was a challenge for everyone, whether Germany, China or Spain. But the "side effects" of the pandemic had unexpected advantages as well as many disadvantages. What are the reasons for this? In the following, we have selected and contrasted a few statements from the PhD students:

"In France we also had a lockdown, but fortunately the government allowed some students to come to the university for their research, including me. I am not behind with my research. Still, of course, this year has gone very differently than I would have liked. One of the reasons I chose the MIX-UP project was precisely because it is so international and I wanted to get around a lot to meet other scientists."

"The home office is a hindrance for most because we have to go to the lab to actually implement our work and test our hypotheses. What I find crass is that the casual is lost and I only now realise how important it is to go beyond the formal meetings as well."

"Corona has taken away spontaneity from all of us, not only in our private lives. Suddenly everything has to be planned down to the smallest detail, every meeting, every lab visit, and all digitally. In its fullness, this has no advantages for research, which also thrives on getting by without planning. Research results can only be planned to a limited extent."

"We had very few restrictions in the lab due to Corona. It may sound paradoxical, but this meant that the Corona effect was the other way round for us: we were able to spend a lot of time in the lab - also because many meetings were omitted and there was also no time for travelling to and from work."

"The pandemic enabled us to work as efficiently as possible. We were still able to go to the lab. And not only that. We were able to spend much more time on our practical part because the meetings were eliminated or much shorter. Nevertheless, it's hard and frustrating that everything turned out quite differently than expected."

"In the corridor at the coffee break, good suggestions and ideas often come together that individuals would not have thought of on their own. And important discussions about research results are also often very brief online. Yet this is often one of the most interesting and important steps. That's a pity."

"I haven't got as far as I would have liked so far. Because we couldn't go to the lab together, we had to communicate much more theoretically. That's very difficult, especially at the beginning, when you haven't built up much expertise in the field yet."

"There were limitations that were acceptable. Overall, the pandemic has made some things more difficult, others easier. It is true that the personal exchange in the corridor has come up short. But it is now much more part of everyday life to exchange ideas almost daily with partners who live several thousand kilometres away. That would never have become so natural without the pandemic-induced switch to online conferences."

"The timing of the lockdown here in Ireland could hardly have been worse. It set in at a time when on-site lab work was most urgently needed. I am several months behind in my work. That's why we couldn't make the best use of the time and probably won't get as far as we actually planned. Only with a lot of luck will we be able to catch up with the time deficit."

"We PhD students were subject to a strict shift schedule. As a result, we lost a lot of lab time. We will only see afterwards how much we are behind, it is difficult to see in the project. In the end, many will realise: Ah yes: I could have done that, that and that if I had had more time. Research will suffer as a result, and not only here."

"The situation is particularly difficult for all those doctoral students who are completely new. Some scientists already know each other from the previous P4SB project, which makes things easier for them. But I don't know anyone - that hasn't changed for anyone outside my team until today."

"I find it interesting to have exchanges with people from other countries. Because even within Europe, work is often done very differently in other countries. Getting to know that is a great advantage of such a project for doctoral students like me. Especially in the MIX-UP project, it is also interesting to see how differently the plastic problem is perceived and treated. If the exchange is reduced to a minimum because of Corona, these valuable experiences are of course lost."

"The most problematic thing was communication. I often had the experience that many small details that can be quickly clarified in on-site conversations are left out or forgotten because they only prolong the online conversations, which many people are not so fond of. But in the long run they are important. Often they say that they can be sent later by e-mail. But this "later" often doesn't come."

"In the discussion, work and cultural or personal exchange are often considered separately from each other. But it makes the actual work much easier if we scientists also understand each other personally and know what makes the other tick."