Why Circular Economy is Not (Always) Equal to Bioeconomy 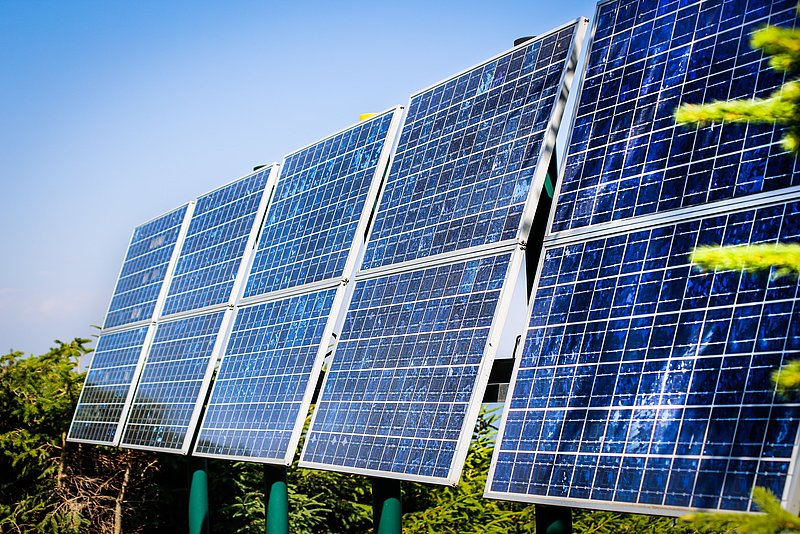 ©Photo by Flash Dantz on Unsplash
Does solar energy fall under circular economy or bioeconomy? It depends on the perspective and the application. The terms are often used synonymously, although there are differences.

Bioeconomy or circular economy? In the debate about alternative forms of economy, terms like these are often used synonymously - but despite all the similarities, there remain some differences. Let us clarify.

The bioeconomy and the circular economy actually have a lot in common. They want to make our economy more efficient, for example produce more resource-efficient products with a good CO2 balance on the one hand and enable economic growth on the other. Both the circular economy and the bioeconomy avoid using additional fossil carbon. But they are not one and the same - then there would be no need for different terms. But even in expert circles this is sometimes forgotten, and this is not only because the terms are comparatively new on the agenda of scientists, politicians and laymen, but also because no one likes to read dry definitions in the economic dictionary. For all those, we now have the solution: without complicated and almost incomprehensible definitions - we promise.

In the bioeconomy, the focus is - as the name suggests - on those value chains that are based on biological resources. Regardless of the sector, in a bioeconomy all raw materials should be renewable if possible and thus, as a rule, also significantly more energy-efficient and environmentally friendly. This happens in two ways, actively and passively. Passively, because non-renewable raw materials such as crude oil are simply no longer used or replaced, and actively, because in a bioeconomy new forms of economic activity come about at the same time. Many people associate the bioeconomy primarily with changes in agriculture, because "almost everything there somehow" has to do with organic products. It is true that agriculture is one of the areas that has great potential for a bioeconomy. For example, it would mean that arable land would become larger and would be fertilised in a completely different way than is conventionally the case. But a bioeconomy goes far beyond agriculture. At best, biological resources are used in all kinds of areas, including fuels for all kinds of machinery in transport and industry. With this focus, the bioeconomy is above all a direct response to the challenges of our time, especially climate change. Because if implemented correctly, we will gradually free ourselves from dependence on non-renewable raw materials and in the long term ensure that we can feed the growing number of people in the world. Because one fact is heard again and again in connection with a bioeconomy: The world has resources - properly used - to feed all human beings. Yet more than two billion people are currently suffering from hunger.

But it is also a fact that biobased materials are not always biodegradable, and mixing them with technical materials can make recycling difficult. The bioeconomy strategy pays little attention to eco-design, waste management and recycling and the role of innovative business models in these areas.  So biomass alone will not save us from our waste mountain. This is where the circular economy comes in. Because here it's all about "intelligent design of the product", to quote Professor Kevin O'Connor of Dublin University from an interview we did with him some time ago. Such a design involves minimising the use of resources. This, in turn, makes it easier to first slow down and eventually close material cycles altogether, so that every raw material can be one hundred percent recycled. Sharing, reusing, repairing, refurbishing and recycling - all this is part of a circular economy. So elementary to a circular economy is maintaining the value of a product as long as possible. And when we talk about reuse and recycling, we don't just mean waste management. Almost every industry is affected here. Even a supposedly simple product like a toothbrush has to be cleverly designed in its components so that it "lives" for a long time and is fully recycled. For all the intelligence of this approach, there is of course a small drawback: renewable raw materials are good and usually part of a circular economy, but they are not obligatory; they are not a prerequisite.

The solution must therefore ultimately be a synergy of both approaches, as the following diagram illustrates 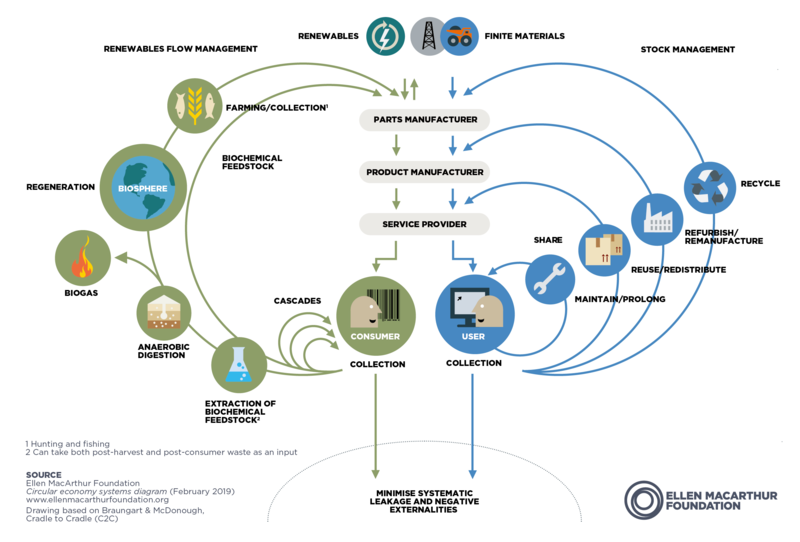 And it also shows that one theory alone is rarely applicable to a complex society in its pure form. All these concepts are still a long way from being implemented on a large scale or even being applied consistently in small sectors of our highly industrialised societies. And this also means that what works so well in theory does not work equally well in implementation. The core differences may exist on paper. But in a sustainable economy of the future, exactly what we have tried to avoid in this article may exist: A mixed form.

But let's be honest: Who cares about a definition when one day there will be no more rubbish floating in the river, the plastic in the supermarket will be completely bio-based and degradable, and energy sources will no longer emit CO2?