Lamed Science: The Long Shadow of the Pandemic 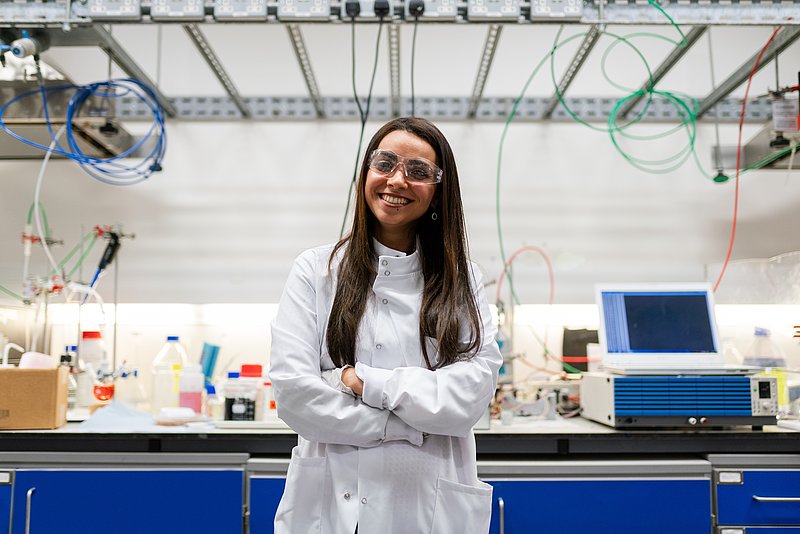 ©Photo by ThisisEngineering RAEng on Unspplash
A sight that has become rarer because of the pandemic: female scientists were particularly restricted in their research during the pandemic. Overall, the number of newly initiated research projects decreased by 36 percent.

The pandemic is apparently over. We scientists have long since returned to our laboratories. But this impression is deceptive. A study now shows how persistently the pandemic has damaged science.

It was not long ago that some of our PhD students reported how they felt about the Corona pandemic from a professional perspective. "The pandemic robbed us of our spontaneity and made us fall behind," some complained. "It sounds paradoxical, but Corona has advanced my research because I have become more productive," said a few others.

The observations of our MIX-UP PhD students partly coincide with those from the global scientific community. Some were able to take advantage of the situation, but most - like so many people in the world, not just in science - suffered from the lockdowns and the restrictions that come with them.

So far, so good - because the virus seems to have been overcome in everyday life, at least for the time being. However, anyone who thinks that the problematic effects of the pandemic for scientists are over is mistaken. A study by Northwestern University in the USA, which was published a few days ago in the renowned journal Nature Communications, comes to the conclusion that the pandemic has led to a more cautious view of the future overall. "Our analyses suggest that although scientists are resuming their work, they are significantly less likely to embark on new research projects. This suggests that the impact of the pandemic on science may last longer than is commonly thought," the authors fear. In 2020, 36 percent fewer projects were initiated worldwide compared to the previous year. So is the pandemic indirectly threatening to slow down the progress of science?

For their study, the authors analysed data from the beginning of the pandemic until January 2021. "Strictly speaking, but on the surface, it's true that researchers are as productive as they used to be," Northwestern's Dashun Wang, who led the study, told Lab Manager magazine. "The big difference is that instead of breaking new ground, they're working on established topics, writing up existing research, revisiting old projects or going back to old data." The decline in newly initiated projects can be observed almost equally in all scientific disciplines. This leads to the conclusion that it is not a discipline-specific inherent problem, but is externally induced - i.e. because of the Corona pandemic.

Particularly explosive at a time when the world of science must also accept the accusation that it does not promote male and female scientists equally or give them all the same opportunities is another finding: the decline in starting new projects is particularly pronounced among women and caregivers of young children. Gender inequality had increased during the Corona pandemic despite increasing attention.

Nevertheless, the study by the American scientists also unearths encouraging facts: "The time scientists spend on their research has almost returned to pre-pandemic levels, and most publication-based metrics show only slight declines."

And also with MIX-UP, apart from the "normal" turbulences that probably every scientist had to put up with to a greater or lesser extent, we can't see any drawbacks that will keep the project in its grip in the long term. It remains to be seen whether and how things will continue when MIX-UP presents its final results in about two years. Until then: good luck!