Plastic Has Arrived In Our Bodies 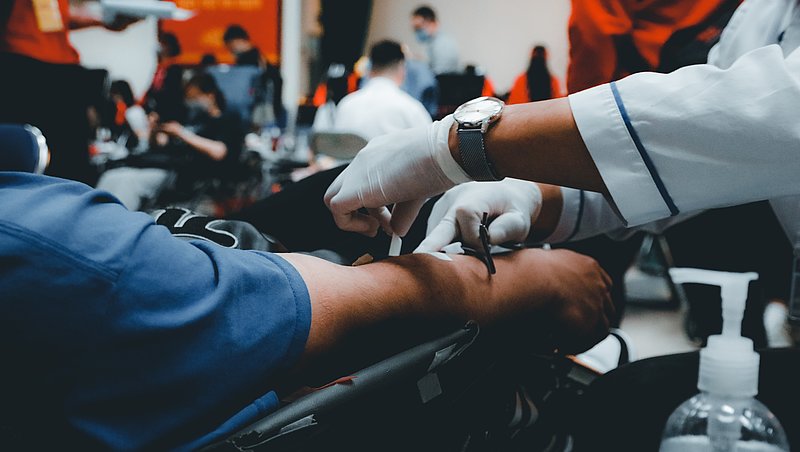 ©Photo by Nguyễn Hiệp on Unsplash
For a long time, it was not possible to say with certainty whether mircoplasts could also be found in humans - for example, absorbed through food. Now, for the first time, proof has been provided.

Microplastics can get into the bloodstream. Dutch researchers have discovered this. The small beads and fibers can also be deposited in organs. Does that have harmful consequences?

First our food, then the Himalayan summit, and now - though not surprisingly for many scientists and critics of plastic - also in our bodies: plastic is getting into discharged areas. Now it has been found in human blood. A team of researchers has now demonstrated this for the first time. The group, led by chemist Marja Lamoree and Dick Vethaak of the Free University of Amsterdam, found plastic residues in 17 of 22 blood samples taken from volunteers, they report in the journal Environment International. "Our study is the first indication that we have polymer particles in our blood - it's a groundbreaking result," Prof. Dick Vethaak told The Guardian, "however, we still need to extend the research."

The plastic that came up most often is PET. It is used to make drinking bottles, for example. Other samples contained polystyrene, familiar from Styrofoam packaging, and polyethylene - the basic material for plastic bags - was found in a quarter. The scientists also discovered a mixture of different plastic parts in the blood. According to the study, the small plastic beads can be transported throughout the body - including into the organs, where they are deposited. Vethaak said that high levels of microplastics have previously been found in the excretions of babies. He assumes that this comes from drinking bottles.

However, the mystery of plastic blood has not yet been completely solved: one weakness of the study is a lack of data on the number and size of plastic particles in the blood. The Amsterdam researchers estimate the size of the particles to be less than one micrometer or slightly larger. It is unclear whether the particles floated freely in the blood plasma or were transported through the body bound to cells. Nor can the scientists say whether the plastic particles accumulate in the body or are excreted again after a short time. It is a proven fact that people ingest plastic with their food. Numerous studies have detected microplastics in stool samples, for example.

What does this mean for health? The long-term effects of such plastic particles in the human body are not foreseeable. "But it is understandable to be concerned," said the Dick Vethaak. Now that plastic has been detected in the blood, he said, it is time to research the possible health consequences.