The Invisible Danger: Nanoplastics Have Long Been Disregarded

©Photo by NOAA on Unsplash
Research in one of the most remote places in the world: Scientists have even discovered nanoplastics in the Arctic, far away from any civilisation.

Most studies on the effects of plastic pollution have focused on macro- and microplastics so far. Yet nanoplastics could be a greater danger than thought, a new study shows.

You probably know them: All the warnings about microplastics, whether in our food - e.g. via plasticisers or in fish - in cosmetics such as suntan lotion or simply in water. Microplastic particles are characterised by the fact that they are up to 5 millimetres in size and are either so small from the outset when they are produced (for cosmetics, for example) or large plastics decompose over time, for example in the abrasion of car tyres.

The danger of microplastics is real, but just as great could be the danger that is often disregarded in the debate about microplastics: The existence of nanoplastics.

Recently, researchers have discovered plastic particles that cannot even be seen with the naked eye, but only with microscopes. They reported this a few weeks ago in a paper published at Science Direct. The nanoparticles have reached the North and South Poles and could even be found in even higher concentrations in Greenland ice - places that could hardly be further away from civilisation. "Our research shows that nanoplastics are transported in these quantities in these corners of the Earth. This suggests that nanoplastics really are a bigger pollution problem than we thought," said Dušan Materić, lead author of the study. "Since these small particles are light, it can be assumed that they have already reached the most remote places on Earth, for example, they have been transported across the globe by air movements," the study continues. "The exact pathways are difficult to reconstruct, as they ultimately result from a complex interplay of emissions from land, the ocean surface and atmospheric circulation." Among other things, they identified tyre-wear nanoparticles in the 14-metre-deep Greenland firn core and PE, PP and PET in Antarctic sea ice.

Our knowledge of these tiny plastic particles is still limited, but their occurrence in such uninhabited, far-flung places suggests that they may be a bigger problem than we previously thought. 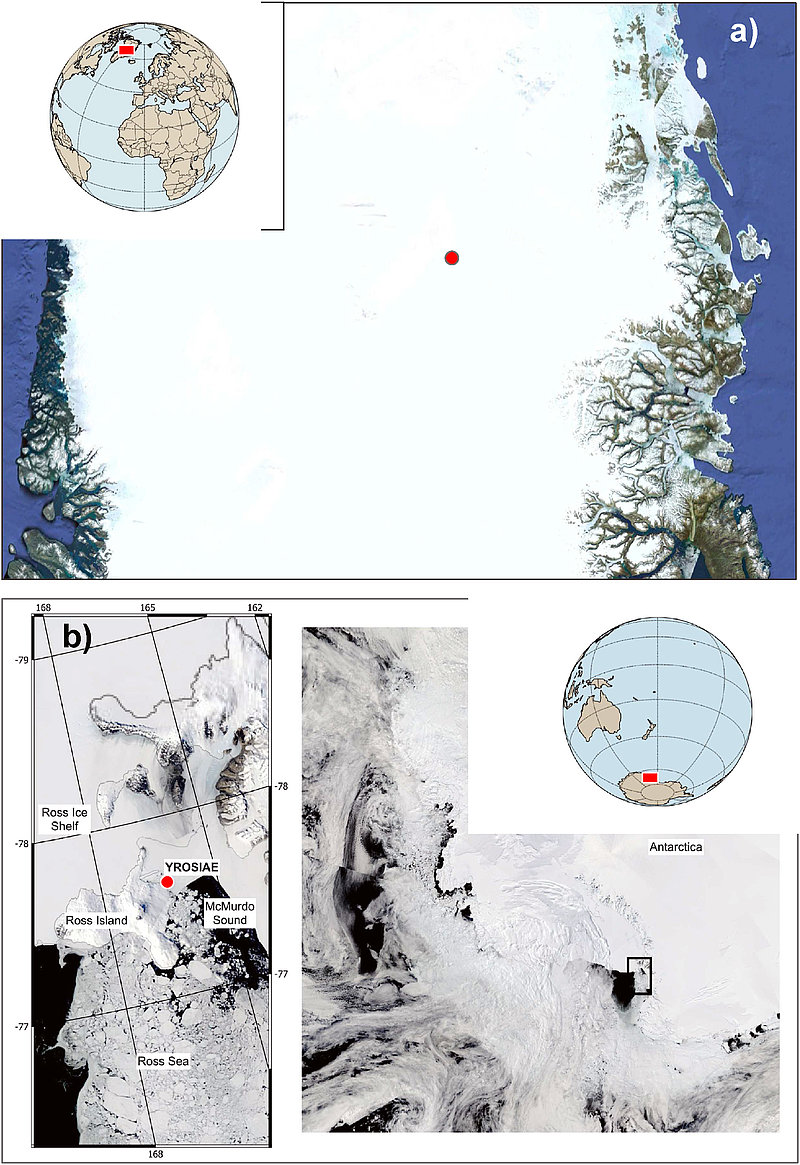 ©Cpyright by ScienceDirect and the study's authors.

In the middle of nowhere: Nanoplastics - tiny plastic particles - have been discovered at the North and South Poles and even in 14-metre-deep pack ice. This is due to complex land, water and air circulation.

Why nanoplastics could be even more dangerous

As with microplastics, it is of course not yet possible to say exactly what effects nanoplastics will have on the human organism in the long term. Studies show that these particles can damage our cells - but to what extent is still unknown. "We are just beginning to learn more about the damage nanoplastics can do to us and other organisms." One thing is certain, however: humans are exposed to small plastic particles every day, which they inhale or ingest with their food and drinks. Microplastics have even been found in the placentas of unborn babies. It is estimated that we ingest tens of thousands to millions of microplastic particles every year - without knowing it. This is also the danger, he said: unlike "normal" plastic, we are unaware of nanoplastics and may even ingest them in food that we believe is healthy.
"More research is clearly needed that focuses on measuring nanoplastics in the environment so that the risk of an 'ecological surprise' can be minimised in time," the authors conclude.