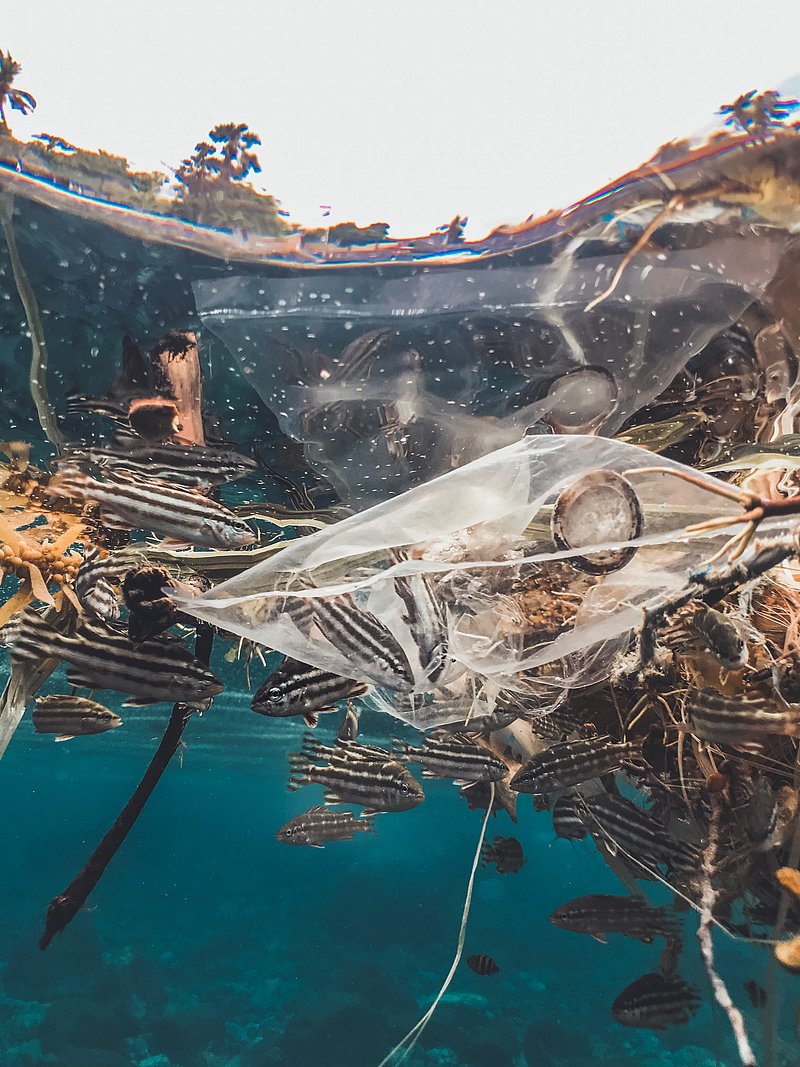 ©Photo by Naja Bertolt Jensen on Unsplash
A good basis for life for small organisms, but all the more dangerous for large sea creatures: plastic on the sea surface.

A study comes to the astonishing conclusion that plastic provides a good habitat for certain marine creatures. Why this is bad news rather than good news.

We all know it: the Great Pacific Garbage Patch in the middle of the ocean near the North American coast is a symbol of man-made plastic pollution. What we didn't know for a long time, however, is that this rubbish whirlpool of all places could be a haven with an incredibly high density of living organisms. For apart from larger creatures such as dolphins and turtles, there are countless smaller life forms in the sea that apparently find plastic quite excellent. At least, that is what researchers confirm in a recently published study on the so-called "neuston". This term covers all marine life forms that are located in the upper centimetres of the sea surface. They are only microscopically small creatures, but they play an important role in the balance of the marine ecosystem. Because they yaw passively and are thus transported by ocean currents, they accumulate in large eddies - just like plastic, which is why they mix so quickly. The study concludes that, contrary to expectations, the neuston does not reject plastic, but settles on it. So with plastic, the density of the important organisms is particularly high.

What sounds like good news at first glance actually makes the plastic problem even worse. Because neuston are also that: food for larger sea creatures. Thus, the neuston almost unintentionally leads to sea turtles, seabirds or whales being affected by the rubbish. During their search for food, the neuston causes them to ingest rubbish even faster than expected, which directly kills them or reduces their ability to reproduce. Therefore, one cannot claim that the rubbish in the sea is simply an expanded habitat without consequences. At the same time, however, it also shows that anyone who takes plastic out of the sea also takes neuston out of the sea - and thus probably does more harm than good. So the appeal remains the same, perhaps only louder once again: plastic must not be allowed to enter the oceans in the first place.