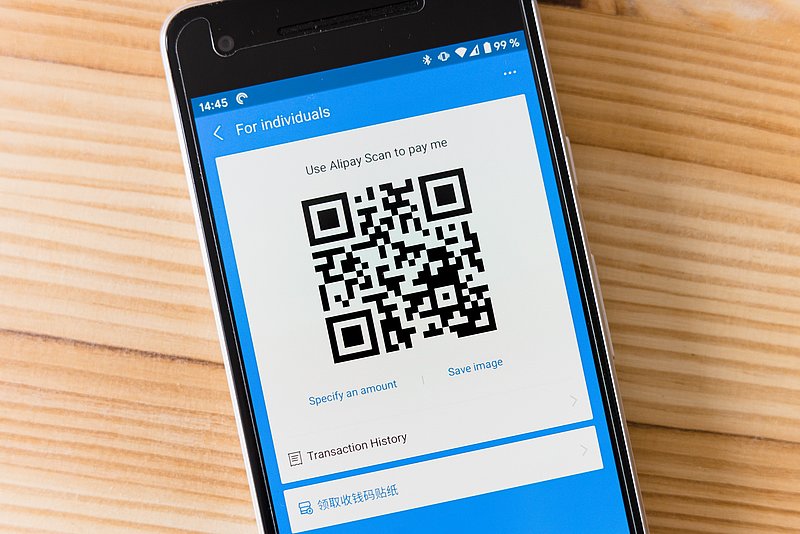 ©Photo by Markus Winkler on Unsplash
soon also on their rubbish bag: China now wants to combat the rubbish problem with QR codes.

Recycling has not played a big role in China so far. But as mountains of rubbish are getting bigger and bigger, the government is looking for intelligent solutions. Now, individually assigned rubbish bags printed with QR codes are to be part of the solution.

"Big Brother is watching you: That's probably how it feels to separate rubbish in the Chinese metropolis of Changsha in China's southern province. More than 20,000 people there are now connected to a new AI-controlled waste system. Recently, the government started distributing individually assigned rubbish bags to people. Printed QR codes allow the waste disposal companies and the authorities to assign who threw away what and when. Those who separate their waste properly collect bonus points and are rewarded. This is intended to create an incentive to sort one's own waste as well as possible; disposal companies should thus find it easier to recycle waste in the future. It is true that bonus points can be lost. But there will be no (more) punishments for the time being. In Shanghai, for example, there was a waste collection system that worked with fines for a long time. Those who did not cleanly separate kitchen waste, dry waste, recyclable and toxic waste had to pay up to 200 yuan (about 25 euros) as private individuals and up to 50,000 yuan (about 6,460 euros) as companies. The system was also criticised because the categories were often not clearly distinguishable from each other. Some companies even developed apps that could correctly categorise waste as "wet" (compostable), "dry", "toxic" or "recyclable". So now the government is trying incentives instead of bans.

Either way - the need for action is huge, and time is short. In 2018, China's household waste reached 22.8 million tonnes, an amount that could rise to 409 million tonnes by 2030 as China continues to rapidly urbanise and grow economically. The swelling mountains of waste pose a challenge to the local environment and China's climate targets, and recycling rates remain low. If the test phase of the QR code approach is successful, it could soon be expanded.