The Great Waste Comparison: When It Comes To Waste, We Can All Still Learn From Each Other 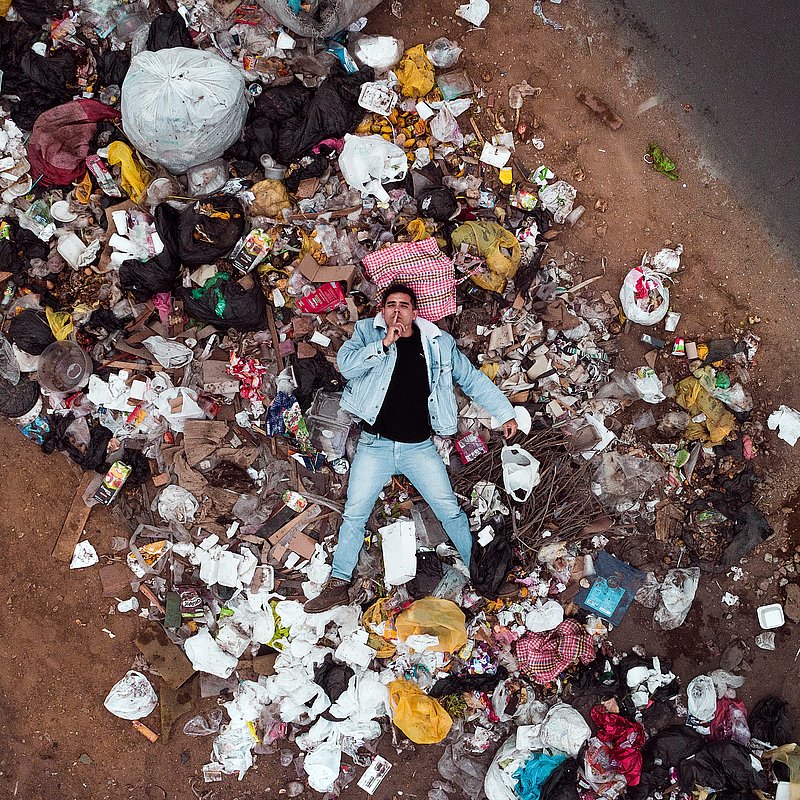 ©Photo by Jordan Beltran on Unsplash
Shut up! That seems to be the motto of many countries when it comes to waste. But we all urgently need to talk about it. Let's start here.

Let's talk about rubbish! Each of our partner countries has its strengths and weaknesses with waste. Some have problems with separating, others with recycling, and still others are pioneers in the fight against food waste. We took a close look at the six countries in our consortium - and found: The clichés are not always true. An overview.

Bulky waste is collected, special waste such as electrical appliances is taken to the recycling centre. Organic waste goes in the brown bin, waste paper in the blue bin. Recyclable waste goes in the yellow bag, and the grey bin is for the rest. Its contents usually end up in the incinerator. Sounds complicated? It is not for nothing that Germany has long had the reputation of being the world champion in waste separation. But figures from 2019 show that Germany may live up to its reputation of separating a lot - but does not consistently pursue the actual purpose of waste separation, namely recycling. According to the plastic atlas of the Heinrich Böll Foundation and BUND, barely 16 percent of plastic waste is reused for new products. The rest ends up in incinerators or is shipped abroad.
Germany has long been very successful in exporting plastic. Two years ago, Germany was the world's third largest exporter of plastic waste after the USA and Japan. However, since China, which used to be the biggest buyer, imposed an import ban last year, it has become more difficult - and Malaysia, the second largest importer, also wants to significantly reduce the amount of waste.

©Photo by Leon Seibert on Unsplash

One might think that waste separation "stinks to high heaven" for many Spaniards. It was not long ago that many residents in Barcelona carried their rubbish bags to the city hall to demonstrate against a new law. A few days earlier, the city government had introduced a new system in which the rubbish collectors pick up a different type of rubbish every day. Three days a week, organic rubbish may be left outside between 8 and 10 pm. On other days, plastic or residual waste is collected. The problem is that people are forced to store the rubbish inside. Until now, in Barcelona, as in most places in Spain, it was collected daily so that it wouldn't stink in the heat.
The situation shows: Spain is struggling for solutions, because the rubbish is growing. Currently, Spain only achieves a recycling rate of 35 per cent instead of the required 50 per cent. In total, more than 22 million tonnes of household waste are produced in Spain every year - a whole 17.5 million tonnes of which are not separated. There is even the threat of a fine from the EU.
At least: the first legal foundations exist or are to be created very soon: The government in Madrid has approved a so-called "Spanish Strategy for a Circular Economy", which aims to establish a recycling economy throughout Spain by 2030. The draft of a new waste law was also approved, which makes waste separation mandatory and, among other things, bans single-use plastics from July 2021.

Fashion boutiques, beautiful streets with art nouveau architecture, romance - that's how one imagines Paris. Rubbish at the side of the road and overflowing rubbish bins don't really fit into the image. Yet Paris could be emblematic of almost all big cities in France. Similar to Spain, the country is looking for solutions to counteract the increasing amounts of waste.
Here, too, something is happening: the French circular economy law (Loi AGEC) provides for a uniform waste separation instruction for packaging and products subject to extended producer responsibility from 1 January 2022. The "Green Dot", on the other hand, is to disappear.
France, on the other hand, is a pioneer in the avoidance of a very special "waste": food. Since 2016, the Garot law has prohibited supermarkets from throwing away edible products. Instead, they have to pay less tax if they give away their food, for example to the homeless. It is also forbidden to make it inedible with chlorine or other poisons. This was common practice for a long time to prevent people from looking for food in supermarket bins. French people pay almost 4,000 euros for poisoning waste. The law aims to halve food waste in France by 2025.

In terms of reputation, Ireland is probably the opposite of Germany, at least in Europe. According to the cliché, Ireland cannot get a grip on its waste problem, partly because the waste system is privatised and expensive. "Car wrecks in the hills and bushes, in fields and backyards - that was folklore in Ireland until a few years ago," one blog says. "That's just the way it was - and there's still nothing fundamentally different about it." But is that true? In any case, it is true that the Irish are the lonely front-runners in Europe in terms of per capita consumption. A whole 58 kilograms of plastic packaging waste per capita and per year. By comparison, the EU average is 32 kilograms.

Well, Luxembourg is a small country, so the numbers should always be understood in the context of the country's size. Nevertheless, it can be said that Luxembourg also lags behind the EU targets: Municipal waste here, at 791 kilograms per capita per year, is one of the highest in Europe.
And Luxembourg has a problem above all where neighbour France is a role model: in food waste. In the Grand Duchy, 53,270 tonnes of food are disposed of each year in residual waste, organic waste bins and compost. Each of the approximately 600,000 inhabitants thus produces an average of 88.5 kilograms of food waste per year (as of 2018), of which around 23.5 kilograms per capita, i.e. more than 14,000 tonnes, could have been avoided. Nevertheless, this figure has been declining for a few years, and the promotion of more mindfulness with regard to food seems to be having an effect.

Appeals to its own citizens just weren't enough, it seems. Because after years of a relatively lax waste policy in China, which consisted more of good encouragement to the population, China has now been getting serious for a few years.
According to a regulation that came into force in July 2019, citizens must dispose of their waste in four categories: residual waste, organic waste, recyclable recyclables and hazardous waste. People who do not comply with the regulation can be fined up to 200 yuan RMB (about €25.80), while businesses and institutions can face a fine of up to 50,000 yuan RMB (about €6,454). Among other things, this is checked with new systems based on algorithms that can assign the rubbish to individual persons by barcodes (we reported).
And the law is indeed having an effect: hotels no longer offer disposable hygiene articles such as toothbrushes and toothpaste. Even food deliveries have decreased. And some parcel delivery companies are trying to use reusable boxes for deliveries to avoid cardboard waste.
Even more extensive measures are nevertheless to be expected in China in the coming years: in Shanghai alone, more than 6,000 tonnes of kitchen waste are generated every day. Generally, most waste still ends up in landfills, but waste incineration plants have gained significantly in importance in recent years.