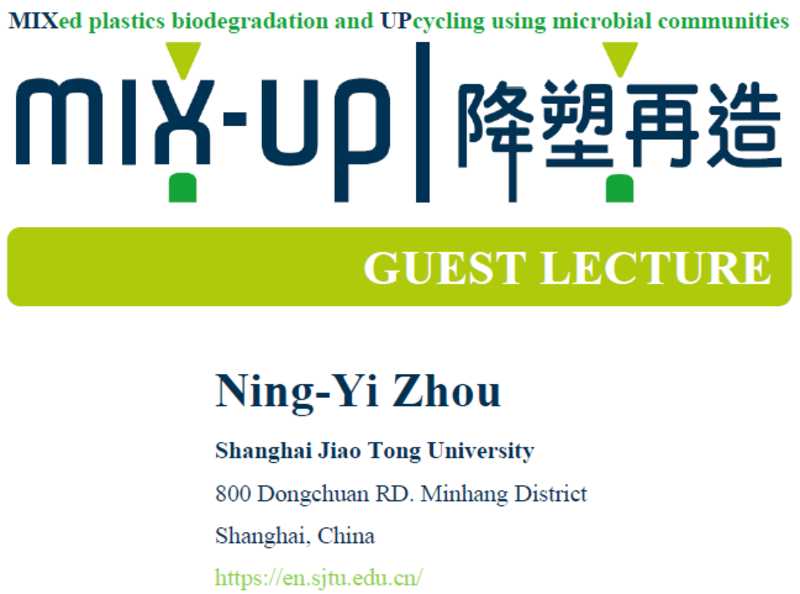 Bisphenol A polycarbonate (BPA-PC) plastics are a class of polyester engineering plastics that are widely used and distinguished from other polyester plastics by the carbonate bonding of the monomer bisphenol A. Pseudoxanthomonas sp. strain NyZ600 was isolated from active sludge, capable of degrading BPA-PC. Within a 30-day period of incubation with strain NyZ600, PC films were bio-deteriorated and oxidized on the surface. In addition, strain NyZ600 performed broad depolymerization of PC indicated by the reduction of Mn from 23.55 to 16.75 kDa and Mw from 45.67 to 31.97 kDa, and two degradation products bisphenol A and 4-cumylphenol (the two monomers of PC) were also detected, which established PC biodegradation by strain NyZ600. This study provides a unique example for bacterial degradation of PC and paves the way for further research into the mechanisms of PC degradation.

Polyvinyl alcohol (PVA) is a widely used water-soluble carbon backbone polymer and produced from hydrolysis of a precursor, polyvinyl acetate. PVA carbon backbone cleavage via a two-step reaction of dehydrogenation and hydrolysis has been well documented. However, the genetics and biochemistry of its deacetylation remain largely elusive, although the presence of acetyl groups is directly related to the product properties of PVA and its deacetylation is also a non-negligible step in the PVA degradation pathway. Comamonas sp. strain NyZ500 was isolated from activated sludge, capable of using the acetyl side chain of acetyl PVA for its growth. A novel GDSL/SGNH family hydrolase DacApva was identified and characterized and functions as a deacetylase responsible for the removal of the acetyl group of acetyl PVA as its growth substrate. DacApva also possesses the ability to deacetylate other acetylated compounds such as acetylated xylan and the antibiotic intermediate 7-aminocephalosporanic acid (7ACA). This study enhanced our understanding of the diversity of microbial degradation of PVA, and DacApva characterized here is also a potential biocatalyst for the eco-friendly biotransformation of PVA derivatives and other acetylated compounds.