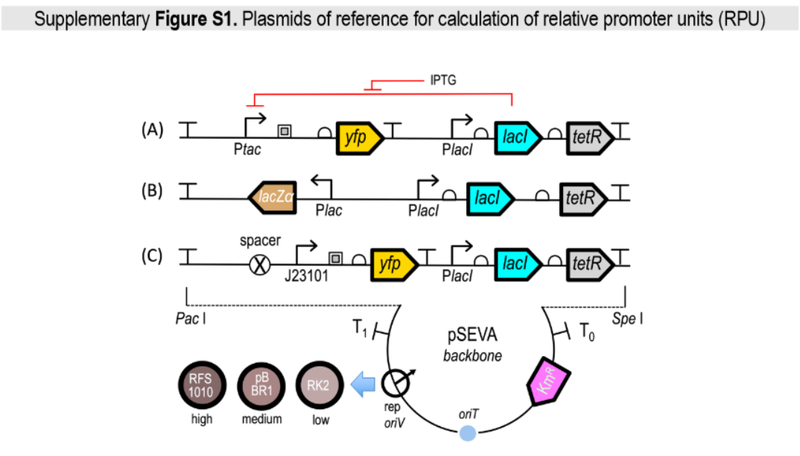 Genetically encoded logic gates, especially inverters—NOT gates—are the building blocks for designing circuits, engineering biosensors, or decision-making devices in synthetic biology. However, the repertoire of inverters readily available for different species is rather limited. In this work, a large whole of NOT gates that was shown to function previously in a specific strain of Escherichia coli, was recreated as broad host range (BHR) collection of constructs assembled in low, medium, and high copy number plasmid backbones of the SEVA (Standard European Vector Architecture) collection. The input/output function of each of the gates was characterized and parametrized in the environmental bacterium and metabolic engineering chassis Pseudomonas putida. Comparisons of the resulting fluorescence cytometry data with those published for the same gates in Escherichia coli provided useful hints on the portability of the corresponding gates. The hereby described inverter package (20 different versions of 12 distinct gates) borne by BHR plasmids thus becomes a toolbox of choice for designing genetic circuitries in a variety of Gram-negative species other than E. coli.

Check out the full article here.