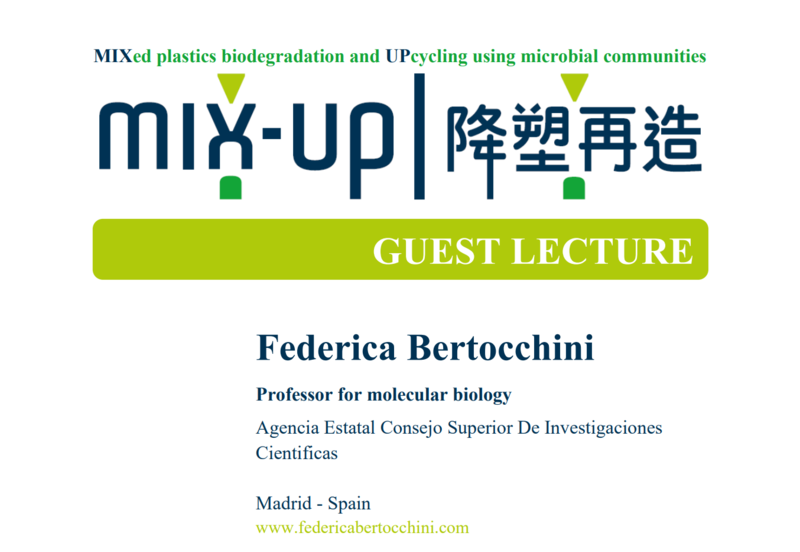 We are happy to welcome our friend Federica Bertocchini for a guest lecture titled "Insects and bioremediation: plastic degradation by wax worm enzymes" on Friday, 13 January 2023, at 11 a.m. (UTC +1).

Pollution from plastics such as polyethylene (PE), polystyrene (PS) and polypropylene (PP) is causing serious damage to the environment, posing a dangerous risk for human health in the near future. The quest for working solutions is becoming an urgent matter in view of the steady increase in plastic production. In the past few decades plastic degradation by biological systems has been considered a potential path to get rid of plastic waste, a path revived by the discovery that some insect larvae were capable of degrading PE and PS. Nonetheless, the identification of the culprit within the larvae, therefore the possibility to develop a biotechnological tool, has been elusive. Recently, the wax worm, as the larvae of lepidopteran Galleria mellonella is called, provided the solution to this conundrum: the saliva resulted to be the mean by which the animal can degrade PE within a few hours from exposure. Two enzymes within the saliva of the wax worm and produced by the worm itself are responsible for this effect. Could these two newly discovered PEases be the gateway to the solution for the plastic pollution plague?