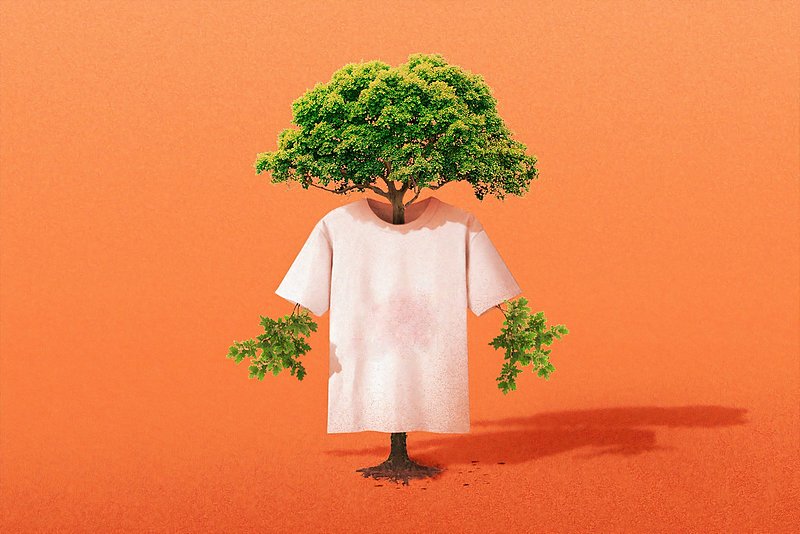 Too many new clothes are still being made - because we all demand them. People and nature suffer from it. Yet even small steps of mindfulness in everyday life are enough to make a big difference together. Four measures that each of us can implement.

We all remember the pictures from spring 2013, when the textile factory Rana Plaza in Bangladesh collapsed, killing more than 1100 people. It was a break in the public discussion about the abuses in textile production. But in production itself, things are changing very slowly - if at all. Many of us are aware of the exploitative practices, but few of us want to or can do anything about them. There are still very few producers who are committed to humane textile production. But they can grow if we support them. The following tips help to protect the environment and support people.

1. buy only if you really need new clothes

Sometimes we see a nice piece of clothing on the internet or when we stroll through the city. There is a great temptation to jump right into the shop and try on this great piece. It's not wrong to do something good for yourself from time to time and replace old, worn out clothes. But ask yourself before every purchase: Do I really need this one, or will it just stay in the closet after wearing it once?

2. first have a look if the trousers or blouse are also available as a second-hand product

There are billions and billions of pieces of clothing in the world. "Clothing production has doubled from 2000 to 2014 In 2014, more than 100 billion new garments will be produced" writes the environmental NGO Greenpeace in its 2019 report "Consumer collapse through fast fashion". According to the report, Germans bought an average of 60 items of clothing per year – but wear them only half as long as 15 years ago. And in many other countries the situation is likely to look similar. Given the abundance of clothes that already exist, it would be much more sustainable to buy your clothes second hand. Even there, you can usually find impeccable clothes - and often much cheaper. At the same time, you can sell your old clothes yourself and give others a chance to do something good for the environment. A well-known German platform for exchanging clothes is, for example, “Kleiderkreisel”. 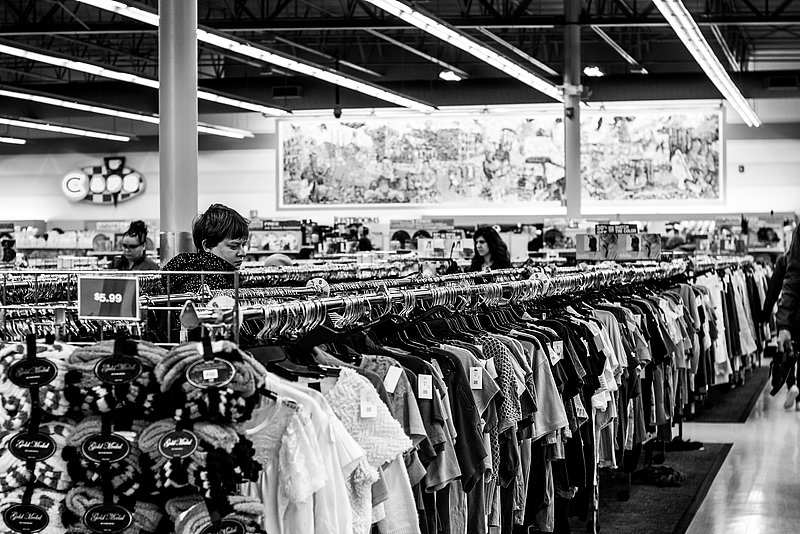 ©Photo by Sean Benesh on Unsplash

A second-hand shop in Portland, Oregon: There is a large selection in such shops as well. The clothes are often cheaper than new ones.

3. make sure that the clothes do not contain polyester

No matter if second hand or as good as new: clothes containing polyester are dangerous for our environment, animals and in the long run also for us humans. Nevertheless, it is contained in a lot of clothes, because the synthetic fibre is cheap and easy to produce. "60 percent of our clothing contains polyester," writes Greenpeace in the report. Polyester is made from non-renewable oil. Tiny microparticles of the plastic get into rivers and oceans via the wastewater from washing machines. Marine animals often confuse them with food. In the long term, the microplastics will end up on our plates. 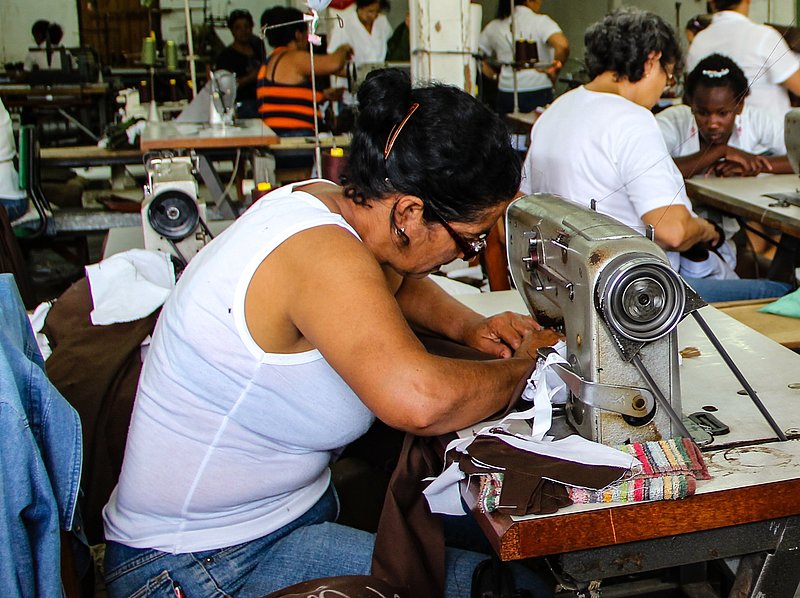 ©Photo by fran hogan on Unsplash

At some point even the best clothes are worn out. And sometimes you just can't find the perfect replacement in a second-hand shop. But even if you decide to buy a new garment, there are a few things you can consider. These include Fairtrade seals, which guarantee that the producers receive an acceptable wage and, at best, produce in an environmentally friendly way. An overview of which seals these are for example in Germany can be found, for example, on the website of the consumer advice centre. Unfortunately, there are no international standards. But sure you can find further seals in your country.