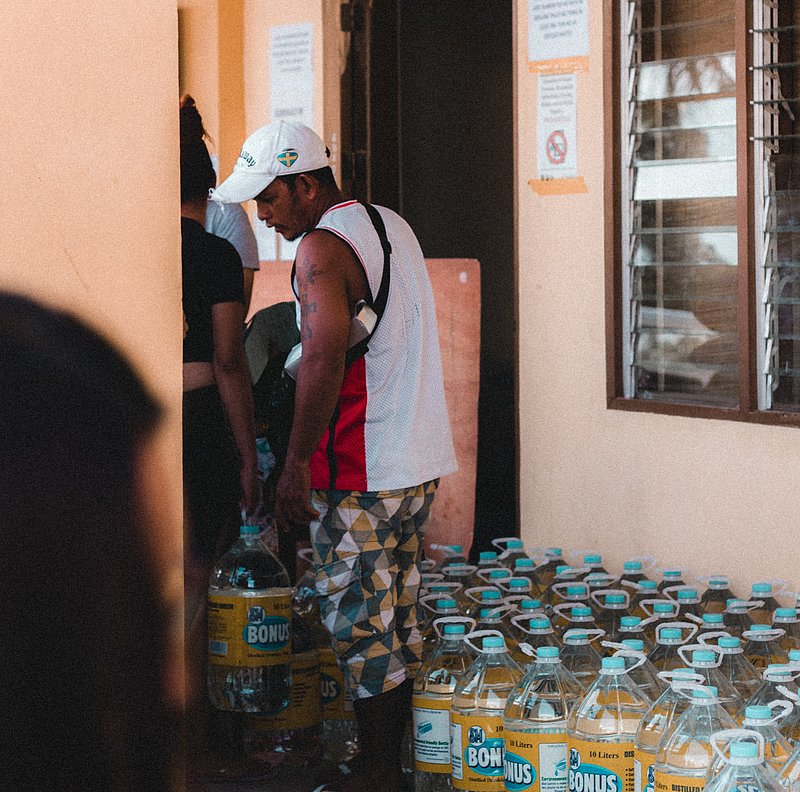 ©Photo by Nathaniel Sison on Unsplash
No alternative to plastic bottles: In many developing countries - here in the Philippines - the infrastructure or water quality is so poor that people have to rely on plastic bottles. This in turn is bad for the environment.

In the fight against plastic pollution, drinking water supply is often ignored as a measure. Yet it could be decisive in the long term.

On Senegal's beaches, as we reported a few weeks ago in our blog post about the environmentalist Modou Fall, you can find just about everything except untouched nature: dead animals, condoms and above all: lots of plastic bottles. The country is famous in Africa for its rubbish problem. With serious consequences: The tourists stay away, the fishermen lose their livelihood and the people become more and more dependent on plastic because there is hardly any other way to get clean drinking water.

The situation in Senegal is representative for very many river and coastal regions worldwide - especially for developing and emerging countries that often do not have sufficient recycling infrastructure. It is not only the quantity that makes PET bottles so crucial in the fight against plastic pollution, their nature is also particularly harmful: plastic bottles take an estimated 450 years to decompose in the environment. Last year alone, more than 550 billion plastic bottles were put on the market, millions of which end up in the oceans.

At first glance, the solution seems obvious: the plastic must be taken out of the rivers and oceans! And to prevent it from getting that far in the first place, people around the world need to become more sensitive and mindful when dealing with plastic. And last but not least, plastic must be designed in such a way that it can be recycled as completely as possible. This is also the approach taken by many NGOs like everwave: One problem, three solutions.

Three approaches? According to the report of a research team of the "High Level Panel For A Sustainable Ocean Economy", there is another approach that can play a major role in the fight against plastic pollution in the long run - but is hardly considered by NGOs and experts: Improving the water supply in developing countries. Because many people living there rely on water from plastic bottles, as the water supply from the pipes is contaminated or the infrastructure is simply lacking.

"The core problem is that the water in many countries is of poor quality," says Brajesh Dubey, professor of civil engineering at the Indian Institute of Technology Kharagpur and one of the authors of the report on the problem of plastic waste in the oceans. "Accordingly, the saving in plastic would also be huge if water quality is improved and access is made easier." Compared to clean-ups, it is a more arduous and not always linear path - also because the impact is not immediately visible. But in the long run, the impact is large and sustainable.

The authors also receive confirmation from the United Nations: "Without a shadow of a doubt, access to a safe and affordable drinking water supply would significantly reduce the amount of plastic used to supply water to unserved populations and ultimately thrown away," said Richard Connor, editor-in-chief of the UN World Water Report, who was not involved in the paper.

The fact that the link between plastic waste and water infrastructure and quality is not sufficiently addressed, let alone recognised, may also be due to the fact that solutions are often seen through a "Western lens": In rich countries, the billions and billions of plastic bottles are a barely noticed luxury - in the Global South, on the other hand, people often have hardly any alternatives. 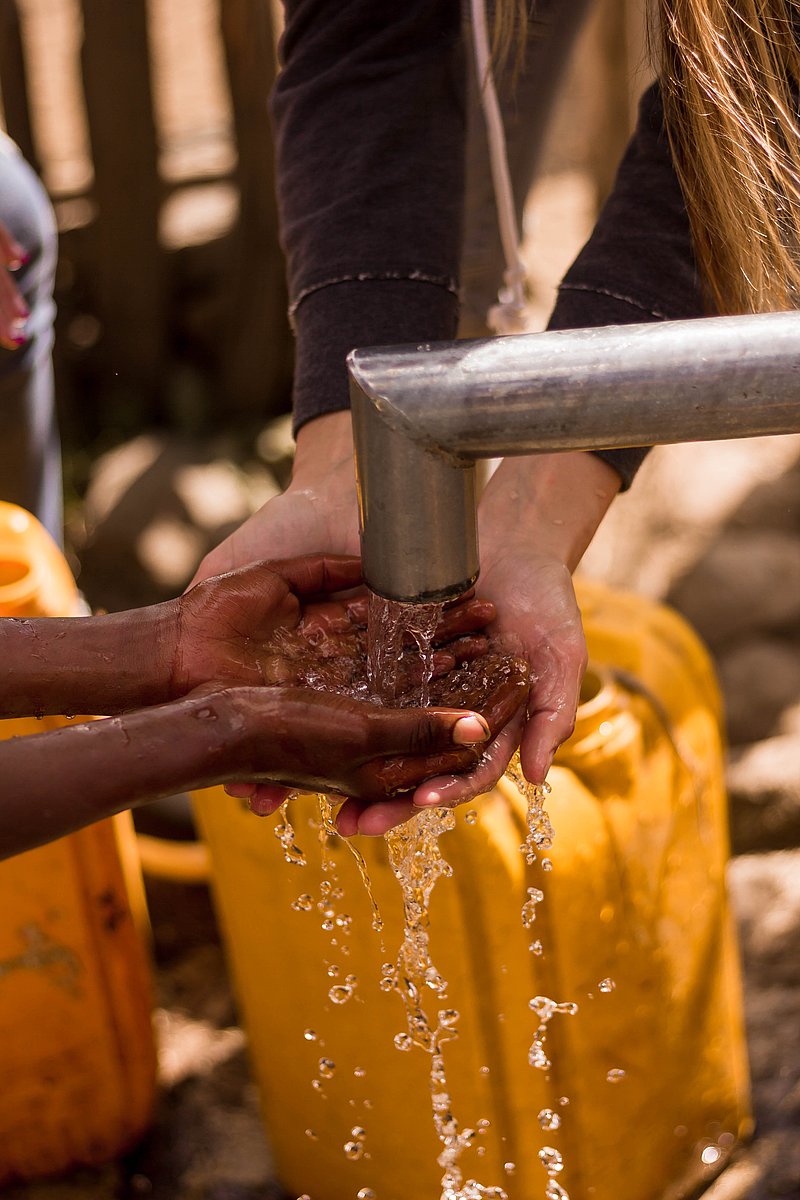 ©Photo by Liz Martin on Unsplash

The authors of the report therefore recommend two core measures in particular: First, improve wastewater and stormwater management to prevent plastic containers from entering rivers and thus the ocean when discarded. And second, to build local systems for safe food and water that eliminate the need for plastic bottles while freeing millions of people from plastic bottle dependency.

Other experts agreed. Speaking to the Guardian, policy analyst Jonathan Farr of the charity WaterAid said, "The priority must be to guarantee people a safe water supply. There are two billion people without a safely managed water supply. You can't imagine resilient or prosperous countries without it."

The advantage of these measures, he said, is that they not only combat plastic pollution, but also protect against countless diseases and can lift people out of poverty, as access to clean water is critical to well-being in almost all aspects of life.

Shortcoming: Why access to clean water alone is not enough

Access good, all good? Unfortunately, it is not that easy. Because: even in rich countries like Germany, where the water supply is reliable and safe, people often drink from disposable plastic bottles. So education is crucial here too, and shows that all four approaches - cleaning up, raising awareness of environmental protection, recycling completely and access to clean water - go hand in hand. People need not only to have the opportunities, but also to use them. One way is to improve incentives to refill reusable bottles with public drinking fountains.

But in order to provide more accurate data and derive better measures, the authors called for much more research on how the lack of clean drinking water affects the amount of plastic waste. The report was commissioned by a team of researchers from the High Level Panel For A Sustainable Ocean Economy, which is made up of 14 government leaders and supports the United Nations Sustainable Development Goals.